Will Syria’s Dwindling Reserves Bring Down the Regime? 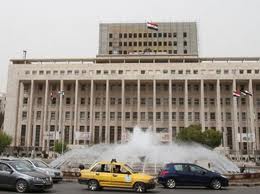 With more than 40,000 people killed in Syria’s devastating war, and about three million people driven from their homes, Western and Arab leaders are grappling with one question: How and when does all this end? The answer, say some, might lie not in the horrific bloodshed but in a simpler factor: money. Economists say President Bashar Assad’s regime has effectively gone broke, and is running out of ways to raise revenues and keep most of its soldiers properly fed and paid. “The economy is the basis of everything,” says Samir Seifan, a prominent Syrian economist who fled last year. He spoke by phone from Dubai. “Without services, boots, money, you cannot do anything. If the government cannot finance the army, they [soldiers] will simply go away.”

That tipping point, in which the government faces all-out financial collapse, seems to be drawing near—between three to six months from now, according to the calculations of Seifan and others who have examined Syria’s finances. Already, Assad has abandoned about 40% of the country’s territory to rebel forces, withdrawing his troops from the ground while his jets continue aerial bombing, apparently because the army is too thinly stretched to defend both rural areas and the government-held pockets of Damascus and Syria’s most populous city, Aleppo. And while Assad appears still to have considerable resources in Damascus, the economic indicators suggest his country is in free-fall, and that he has little way to generate fresh cash—at least not without appeals to allies.

The government’s official foreign reserves have dwindled from about $20 billion before the conflict erupted in early 2011, to between $2 and $4 billion now, according to estimates by the Institute of International Finance Inc. (IIF), a global banking association in Washington, whose members have branches in Damascus. Syrian opposition economists calculate Assad’s remaining reserves to be even lower, at about $1 billion in cash. “Nobody is paying taxes. There is no fuel, and the electricity runs just a few hours a day,” Abrahim Miro, a Syrian economist based in the Netherlands, who advises the opposition Syrian National Coalition, told TIME last week in Morocco, where rebel leaders met Western and Arab foreign ministers. “Everybody feels the government is going to fall,” Miro says.

It may seem strange that Syria’s government is still standing at all. Since last year international sanctions have halted its sales of oil and gas, which are crucial exports for Syria, and blocked its international banking transactions. The regime has been operating for months on outside help from Iran and Russia, in much the same way as the rebel economy operates on donated cash, largely from Qatar and Saudi Arabia; the billions in assistance to Syria from Moscow is in the form of loans, rather than gifts, meaning that Assad’s successors could ultimately be saddled with huge wartime debts to Russia. “There is some liquidity coming into the system that is keeping the country afloat for a while, but it is not sustainable,” says Garbis Iradian, Syria expert at the IIF. “Within a few months, if there is no solution the economy could force the regime to collapse,” he said by phone this week.

To gauge how bad Syria’s finances are, look at the figures: The Syrian pound has roughly halved in value, from 46 to the dollar in early 2011 to about 90 to the dollar now. In 2010, Syria was debt-free, and its economy grew about 3.5% that year. The economy shrank in 2012 by about 20%, in addition to the 3.5% drop last year, according to Iradian. That drop is not as severe as occurred during the civil wars in Bosnia and Lebanon, whose economies plummeted about 50% in two years, he says. But more and more of Assad’s pot of cash is being gobbled up by larger government subsidies for fuel, food and other basics, which now account for about 16.3% of GDP. Those are essential to keeping inflation in check and to stave off public anger, as Syrians struggle to survive through the turmoil. “The regime has been keen not to allow the exchange rate to jump, because it would create price increases, and the anger on the street would be higher,” says Seifan, the Syrian economist. “But there is no investment, no letters of credit to import from outside. The regime is using its reserve in very small quantities.”

Despite help from Gulf countries, Syria’s rebels, too, say they face a severe cash crisis, as the war drags on longer than expected, and as entire neighborhoods are razed. In Morocco last week, an opposition spokesman Yasser Tabbara told TIME, “It will cost about $500 million a month for us to administer freed areas, just to keep things afloat.” So far, that money has yet to be found. This week, the U.N. appealed to governments for $1.5 billion to help Syrians through the bitter winter, warning that millions face growing hunger, as food stocks dwindle in the war zones.

But it is the Syrian leader who faces total collapse in the face of bankruptcy. So dire are Assad’s finances, in fact, that in recent months Russia flew eight plane-loads of Syrian banknotes, printed in Russia, to Damascus, in a kind of rescue package estimated to weigh about 240 tons, according to flight records obtained by ProPublica, a U.S.-based non-profit investigative journalism organization. That cash, says Seifan, has helped to save Assad from total bankruptcy, and the Syrian leader has been cautious to use it slowly, fearing that another shipment might be a long time coming, and that pouring new money into the teetering economy could spark raging inflation.

Of course, it is impossible to know what Assad must be thinking, as the rebels inch ever closer to his palace doors. The Syrian leader said in a Russia Today television interview in November that he would “die in Syria,” and rejected all suggestion that he might voluntarily surrender power.

Still, as Assad faces impending bankruptcy, Seifan and Iradian believe that the end must seem increasingly real to him. And two startling statements over the past week signal a sense among his closest allies that they think his days in power are numbered. Last Friday Russia’s Deputy Foreign Minister Mikhail Bogdanov told the Kremlin that “an opposition victory cannot be excluded,” and that Assad will “progressively lose control over an increasing part of the territory.” And on Monday Syria’s own Vice President Farouk al-Sharaa, was quoted in the Lebanese newspaper al-Akhbar saying that a “historic settlement” was needed to save Syria as a country, rather than saving “an individual or a regime.”

Now the question is: Will Assad’s allies Iran and Russia finally feel compelled to ditch their support for him? Russia’s spokesman insisted last week that it still stands by Assad, explaining Bogdanov’s comments by saying, “Russia stands for dialogue and against foreign interference.” But Assad’s close friend Iran, which Seifan believes has given more than $10 billion in wartime aid—some of it in desperately needed petroleum supplies is itself struggling to keep the help going. “Iran itself is not able to support Assad a lot,” Seifan says. “It is under sanctions, and the economic situation for Iran’s government is deteriorating.” That makes the outlook for Assad seem even grimmer.