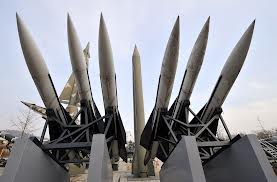 The North Atlantic Treaty Organization has detected the Syrian military firing missiles, the group’s civilian chief said, but none of the rockets had fallen into Turkey, where the alliance is installing Patriot missile defense batteries.

Anders Fogh Rasmussen, NATO’s secretary-general, said he strongly regretted the launches, which he called “acts of a desperate regime approaching collapse.” He said the firing of the missiles emphasized the need for effective defenses for Turkey.

NATO foreign ministers this month agreed to deploy six Patriot batteries in Turkey, two each from Germany, the Netherlands and the U.S. Those batteries, which have the ability to detect missiles by radar before engaging them, aren’t in place yet. Mark Rutte, the Dutch prime minister, said this month he expected the Dutch batteries to be operational by the end of January.

Also Friday, Syrian rebels attacked a base protecting a military industrial compound in the country’s north as antigovernment forces pushed forward in efforts to capture wider areas near the border with Turkey, an activist group said, according to the Associated Press.

The Britain-based Syrian Observatory for Human Rights said seven rebels were killed in the attack on the air defense base in the town of al-Safira.

The town is home to a complex of military factories and lies just south of Syria’s largest city and commercial hub, Aleppo.

The rebels tried to storm the base but were pushed back, only to later shell some of the military factories, said Observatory’s chief Rami Abdul-Rahman.

The attacks are part of a push by the rebels who have been capturing army bases in and around Aleppo over the past weeks as they gain wider areas near the border with Turkey.

Syria’s conflict started 21 months ago as an uprising against President Bashar al-Assad, whose family has ruled the country for four decades. It quickly morphed into a civil war, with rebels taking up arms to fight back against a bloody crackdown by the government. According to activists, more than 40,000 people have been killed since March 2001.

Mr. Abdul-Rahman said the plants in al-Safira are surrounded by army bases and posts to protect them. He said Friday’s clashes came three days after rebels captured a military warehouse in the area. It was later bombed by Syrian warplanes, killing nearly two dozen rebels, Mr. Abdul-Rahman said.

Also Friday, a prominent state-run Syrian TV news anchor told the pan-Arab network Al-Arabiya that he defected after being subjected to several sessions of interrogations by the country’s intelligence services, the AP said.

Ahmad Fakhouri said he and his colleagues used to read the news as it was given to them and “the anchor had no right to change one word.”

Mr. Fakhouri said he quit his job at the TV eight months ago and was able to flee the country with the help of rebels.

“I look forward for the day when Syria will be free and I can return to my country to practice my job,” he said from a secret location outside Syria. Mr. Fakhouri would not disclose his whereabouts for fear of government repercussions.

Meanwhile in Damascus, Palestinians who fled their homes in the Yarmouk refugee camp after much of it was captured by rebels continued returning home Friday, the AP said. The refugees first began going back Thursday, after clashes between the army and the rebels subsided and a deal was reached for opposition forces to withdraw from the camp, the Observatory said.

More than two-thirds of the roughly 150,000 Palestinian residents fled Yarmouk since last week when the fighting flared up, according to the U.N. Relief and Works Agency for Palestine Refugees. They sought shelter in the outskirts of the camp, other parts of Damascus or in other cities, or headed to the Syrian-Lebanon border, UNRWA said.

On Friday, fighting continued in the Damascus neighborhoods of Hajar Aswad and Tadamon, just outside Yarmouk, the Observatory said, according to the AP. It had no immediate words on casualties.

Rebels also attacked army positions in the southern suburbs of the capital, including Mleiha and Chebaa, the group said. The areas are close to the Damascus International Airport and have witnessed heavy clashes over the past weeks.

The Observatory said a bomb struck a checkpoint in the Damascus neighborhood of Dumar late Thursday, wounding several soldiers and pro-government gunmen.

State-run news agency reported that “many gunmen” were killed in the Damascus suburb of Daraya, which has been subjected to shelling and attacks by government troops for weeks.