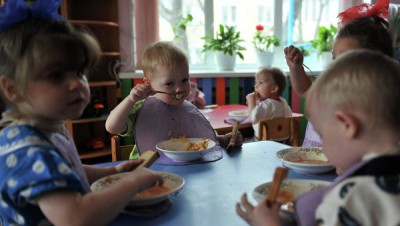 Russian legislators looking to retaliate against a new American human rights law have settled on an exceptionally vulnerable target: Russian orphans. The proposal would bar American citizens from adopting them. This is a cynical and cruel response. The American law, called the Magnitsky Act, was signed by President Obama last week and seeks to punish Russian citizens accused of violating human rights by denying them visas to visit the United States and the right to own real estate in this country.

Congress passed it after Sergei Magnitsky, a Russian lawyer who was arrested after trying to expose a huge government tax fraud, died in prison in 2009. There were allegations that he had been denied proper medical care. American lawmakers condemned the death as another attempt by President Vladimir Putin and his government to crush political threats and basic freedoms.

The Kremlin reacted furiously to the enactment of the American law, and, on Friday, the Russian Parliament gave final approval to the measure, the most anti-American action of Mr. Putin’s new term. Now, he must decide whether to sign or veto it. At a news conference on Thursday, Mr. Putin he was evasive and said he needed time to read the legislation, but no time should be needed.

No one has an accurate count of the orphans in Russia, though one American aid organization estimated that there were 800,000 in 2011. The Russian government says some 956 children were adopted in 2011 by families in the United States, the most of any country; more than 45,000 such adoptions have taken place since 1999. It would be a terrible wrong to prevent children from being placed into loving homes as an act of political retaliation.

Mr. Putin needs to consider not just the impact on the orphans but also on the United States-Russia relationship, which is under severe strain in large part because of his policies on Syria, missile defense and other issues. The two countries have to find ways to work together. This adoption legislation will only make that harder.