How I got deported from Lebanon 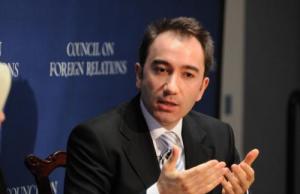 The following is an article by MUSTAFA AKYOL an unhappy Turkish journalist who was reportedly refused entry into Lebanon and was deported from Rafic Hariri International Airport in Beirut because he had an old Israeli visa stamp in his passport. According to the article the Lebanese ambassador to Ankara had said to Turkish journalists that they would not have a problem entering Lebanon if they had Israeli visa stamp in their passports.

To add salt to injury the Turkish gentleman was mistreated by the airport police according to his article.

Akyol is a renowned Turkish political commentator and author based in Istanbul who writes on issues relating to Islam and modernity.

Here is the article by MUSTAFA AKYOL of Hurriyet Daily News, a leading Turkish newspaper

I am writing these lines from the most unexpected place: the confinement room at Rafic Hariri International Airport, to which I arrived some six hours ago from Istanbul. It is a very dirty place with a few dusty chairs and couches. There is also a sleeping mat on the floor covered with two stinking blankets. I can’t leave the room except to use the toilet, as the rude policeman who put me here made very clear. I am, literally, imprisoned.

Alas, this really was not what I was expecting to find in Lebanon. I was going to have a meeting with colleagues at an institute, stay for one night at a nice hotel, buy a few packages of local desserts and fly back home the next day.

And in fact, this short Istanbul-Beirut trip was going fine until I headed to the passport check in this very terminal in which I am currently imprisoned. Smiling, I walked to the counter and said, “salamun alaikum” to the officer, handing him my Turkish passport, which I thought would be enough for a warm welcome to Lebanon. Not only had Turkey and Lebanon lifted visa requirements years ago, but there is also supposedly a friendship between Lebanese and Turkish peoples.

But the officer’s face suddenly looked grim when he saw one of the numerous visas in my passport: the one issued for entry into Israel. He called his supervisor, who called his own supervisor, and the last man took me to a room.

I waited for three hours in that first room, hoping that things would be okay and I would enter the country. I tried to explain to the half-dozen men in uniform who continuously walked in and out, that I am a globetrotting journalist, which is why my passport includes the visas or stamps of many countries, including Saudi Arabia, Jordan and Qatar. As proof, I also showed them a copy of the Hürriyet Daily News that included my column.

But none of that worked. After three hours of hopeful waiting, they told me that they would deport me back to Turkey on the first flight, which was some 10 hours later. Soon, I also realized that being deported does not mean that you can hang out in the terminal and enjoy duty-free food. It means, at least here in Lebanon, being locked in a filthy room until you fly away.

Thank God they did not take my suitcase and my iPad, and I am writing these lines on the latter. I am hoping to email it to my editor when I get back home and regain my freedom.

Now, on one hand, this is not a big story. The rejection of anybody with an Israeli visa is a standard procedure in some Arab countries (although I had heard that the Lebanese ambassador to Ankara had said to Turkish journalists that they would not have a problem with that in Lebanon. It apparently was not a very effective promise).

But here is the larger picture that concerns me: As a Muslim Turk, whose sympathies are certainly with Arabs in the Arab-Israeli conflict, I am deported and treated as a criminal – not in Israel, but in an Arab country. Hence, from now on, I will probably continue accepting invitations to conferences in Israel, but will hardly ever think of visiting Lebanon again.

So, with such a mindless attitude that alienates even their friends, what do Lebanon and other Arab countries with the no-former-Israel-visitor-allowed policy achieve? Nothing but self-isolation, I must say, while still hoping to be allowed to go the restroom next to my prison cell.