Did Drug Trade Defray Cost of Syrian Occupation of Lebanon?

by Ghassan Karam
1929
by Ghassan Karam - This is the 6th installment of the book:  The Lebanese Connection: Corruption, Civil War and the International Drug Traffic by Jonathan Marshall
Share: 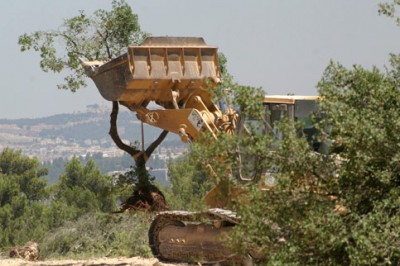 This is the 6th installment of the book:  The Lebanese Connection: Corruption, Civil War and the International Drug Traffic by Jonathan Marshall of the Stanford Studies In Middle Eastern And Islamic  Societies and Culture. The book is essentially an academic effort based on previously classified documents from the DEA (Drug Enforcement Agency) of the US government. The study reveals information about the deep involvement of the Lebanese political class in drug trafficking ever since the country was created but it is important to note that the book does not provide a smoking gun. This is not its purpose. The book is an investigation about the role that illicit drugs have played in shaping social, economic and political events in Lebanon especially between 1970 and 1990. The study does not paint a favourable picture of most of the traditional Lebanese politicians, Presidents of the Republic, Prime Ministers, Speakers of the Parliament and other high ranking officials and political leaders. That, I imagine, is why the book is banned and that is the main reason for these installments; let the sunshine in.

“The Syrians actually controlled only the main roads… and a few rear areas… Elsewhere in the [Bekka} valley are Iranians, Libyans, Palestinians and half a million Lebanese Muslims and Christians, with their own militias ranging from rightist to leftist”

Occupation whether by invitation of some or whether totally hostile is never easy. The role played by the Syrian army in Lebanon was not an exception especially in the drug trade. The Israeli reports published in English and were meant to appeal to a large international audience presented an image of a Syrian army that is totally consumed by all aspects of the illicit drug trade  whose levels of complicity reached all levels of the Syrian government up to and including the Assad family. Hard evidence to corroborate these far reaching accusations proved to be totally imaginary in some cases and not as solid in others. This does not mean that the Syrian army did not play a role in the drug trade in Lebanon because as we will see later on it did. The skepticism is only meant to express doubt about the authenticity of the Israeli effort since Israel had a vested interest in promoting a negative image of the occupying Syrian army.

What emerges very clearly though, are the details of the Syrian connection in the drug traffic. The extent of that involvement is very well documented through studies, arrest records and numerous “confessions”. The indisputable leaders in this area are the members of the Kassar family who are described as an enterprise that is in “control [of] one of the world’s largest arms and narcotics networks”. Kassars and drugs go back to 1946 when Mohamad, the head of the family,  started smuggling hashish  to Damascus from the Beka’a.Mr. Mohammad Kassar was eventually dismissed from the post of ambassador that he had risen to in 1970 when he was caught with 1oo kilograms of Hashish in his diplomatic pouch.

Ghassan, one of his sons, was arrested more than once as of 1969 smuggling drugs and stolen cars. Reportedly, Ghassan became a DEA/CIA informer until his arrest in Paris, 1978. His arrest netted him an 8 year sentence but he managed to buy his way out through bribes in 1982.

Monzer, one of Ghassans’ brothers, was the most notorious of the Kassars. The Netherlands issued an arrest warrant for his arrest, M16 accused him of gun running from Libya to Northern Ireland, the Schumer committee of the US Senate described him as “the drug Prince of Marbella” and he was named about 75 times in various DEA reports. Monzer had close connections to terrorism also. He had established strong contacts with, Abu Nidal, George Habash, Ahmad Gibril, Naif Hawatmeh as well as Abu Abbas of the Achille Lauro fame. Besides all the above Monzer had close friendly relations with the Syrian Defense Minister, Mustafa Tlas, and the Chief of Military Intelligence, General Ali Dubah. The Reagan White House also worked with Monzer who was paid $500,000 to purchase arms for the Contras in 1986. All of these connections, friends and acquaintances failed to keep him out of prison when he was finally set up by the DEAin2007. He was sentenced by a NY court for 30 years in 2009.

The role played by the Syrian army stationed in Lebanon can best be deduced from the fact that the Reagan administration refused to certify Syria under section 481(h) of the Foreign Assistance Act which is required if a country is to be eligible for US aid. The 1989 State Department report on narcotics was just as accusatory: “[Syria] acquiesced in the drug production and trafficking in the areas over which it exercises control”.

What is paradoxical about the above is that Washington refused to make direct accusations regarding Syria’s’ active drug facilitation efforts in Lebanon. Even when the DEA claimed that Syrian forces were charging $5000-$10,000 for every kilo of heroin that passes through their check points the Asst. Secretary of State, Melvyn Levitsky declared “We don’t have any reports that Assad himself has personally profited from this or that he’s pushing it”. The LA Times concluded that “it is not any of the institutions that is dirty but rather some individual officers”

Obviously Israel did not favour either the timidity of Washington in making clear accusations of the Syrian Army or the rapprochement that resulted from Syria joining the coalition of the willing in the Gulf War. These Israeli concerns coalesced in influencing the timing and the content of the Israel released report “Syrian Involvement in Drug Related Activities in Lebanon in 1991″. The report estimated that about 40% of the Lebanese GDP originated in the drug sector and that the Syrian cut was about $700 million each year. The report claimed that Jumblat ran heroin labs in the Chouf and his exports from Jiye were protected by General Ghazi Kanaan who was handsomely rewarded for his help. In addition to the Jumblatt connection the report alleges that drug exports from Ouzai were facilitated by the Syrian army in return for substantial direct payments. Hafez Assad was not directly implicated but the Red Brigades of his brother Rifaat in addition to Rifaats’ son, Firass, were described to have been in total control of the port in Tripoli.

Syrian culpability was real but probably not as extensive as Israel claimed. Syria tried to present its role as the saviour of Lebanon and insisted that its primary mission was to stabilize Lebanon and not to start conflicts with its clans. A 1989 French journalist seems to support this position: “The Syrians levy taxes but rarely search any trunks in order not to provoke the anger of the clans”. It is even alleged that the few run ins between the Syrian army and the Jaffar clan led to a symbolic crack down at best. Syria’s efforts were never meant to wipe out the drug trade, which was very profitable for its army, but was meant to demonstrate that Syria was serious in its efforts to fight drugs when in effect it was promoting it.

Ultimately, in 1997, both Lebanon and Syria were removed from the State Departments list of drug producers.