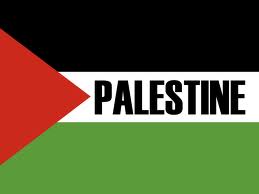 European nations have swung behind a Palestinian bid to be implicitly recognised as a state by the United Nations, in defiance of a heavy lobbying effort by the United States and Israel.

Those countries that are not voting yes appear likely to abstain, with the probability that none of the EU’s 27 member states will oppose the bid, due to be voted on at the UN General Assembly in New York after 5pm Thursday local time.

The assembly is expected to overwhelmingly approve the application by the Palestinian Liberation Organisation to become a “non-member observer state”. But European support is seen as critical for the credibility of the bid.

After a 65-year quest for statehood, for the first time the word “state” would be conferred on the Palestinians.

Nearly 80 per cent of the 193 member states are expected to vote yes, including 14 EU states plus Norway and Switzerland. Italy this afternoon became the latest major European state to say it would vote yes.

Reports suggested that none of the 27 EU countries would vote against, as late momentum swung behind the Palestinians. The Baltic countries and Poland are likely abstain, along with the Czech Republic, Bulgaria and Romania.

In a significant move this morning, Germany said it would abstain, creating diplomatic cover for the eastern European states.

Berlin’s decision to abstain rather than vote no against was a blow to Israel, which has always counted on Germany’s full support. The two countries have a “special relationship” rooted in the reconciliation process and reparation agreements that followed the Nazi Holocaust.

“We did not take this decision lightly. Germany shares the goal of a Palestinian state,” said Guido Westerwelle, the German foreign minister. “But the decisive steps towards real statehood can only be the result of negotiations between Israelis and Palestinians.”

However, given the fading chances for peace talks, and the perceived need to prop up the moderate Palestinian leader Mahmoud Abbas, there has been an adjustment in Berlin. A YouGov/Avaaz poll found that 64 per cent of Germans supported the bid, a level of support common across western Europe.

The vote at the UN General Assembly will approving a Palestinian resolution that would change their current UN observer status from “entity” to “non-member state,” like the Vatican.

Israel, the United States and a handful of other GA members are planning to vote against what they see as a largely symbolic and counterproductive move by the Palestinians.

Britain is likely to abstain, after insisting that it could not support the motion without guarantees from the Palestinians that they would return to peace talks with the Israelis

The Palestinians view the application as a historic step in their six-decade quest for global recognition.

Mahmoud Abbas, the Palestinian president, has chosen to present the bid on the 65th anniversary of a UN resolution to divide British Palestine.

The United States, a staunch ally of Israel, has launched an aggressive campaign against the bid, warning that the vote will do nothing to improve the prospects for new peace talks aimed at ending the decades-long conflict.

The bid has been boosted by the support of Hamas, the militant group that runs the Gaza, one of two Palestinian territories.

Ehud Olmert, the former Israeli prime minister, today lent his support to the Palestinians, saying it was “congruent with the basic concept of the two-state solution”.

“Once the United Nations will lay the foundation for this idea, we in Israel will have to engage in a serious process of negotiations, in order to agree on specific borders based on the 1967 lines, and resolve the other issues,” he wrote in an e-mail message to Daily Beast reporter Bernard Avisahi.

In a last-ditch move on Wednesday, William Burns, the US deputy secretary of state made a personal appeal to Mr Abbas promising that President Barack Obama would re-engage as a mediator in 2013 if Mr Abbas abandoned the effort to seek statehood. But the Palestinian leader refused, according to senior aide Saeb Erekat.