Obama, Romney lawyers preparing for a repeat of 2000

Dreading the thought of another Florida 2000 – “hanging chads” anyone? – battalions of Republican and Democratic lawyers have fanned out across the country, prepared to do battle over every last polling place, every vote if necessary.

Neither side will reveal the disposition of their legal troops or Election Day strategy. But it’s clear that thousands of partisan attorneys and poll-watchers are involved on both sides, especially in the most hotly contested states and in states that already have gone through the political agony of post-vote fights over election results.

Democratic officials in Minnesota alone say they plan to deploy more than 600 lawyers. Ohio reportedly has 2,500.

“That kind of investment in both human resources and monetary resources pays huge gains for us in the end,” Minnesota Democratic chairman Ken Martin told a local television interviewer – as it did in Minnesota’s 2008 US Senate race, he might have added, when it took until the following June for Democrat Al Franken to be declared the winner.

In Iowa, where the 2000 and 2004 presidential races were settled by less than one percentage point, officials are hoping there won’t have to be a recount – which could send campaign and party lawyers into court.

“Elections can be close and it could come to that,” Secretary of State Matt Schultz told the Des Moines Register. At least, he noted, there won’t be a problem with “hanging chads” because Iowa doesn’t use the kind of voting machines that gave Florida such fits in 2000.

In Florida, meanwhile, at least 5,000 lawyers have volunteered to serve as poll watchers for the Obama campaign’s “voter protection” program. Similarly, Republicans are fired up and ready to go in cases where disputes arise.

“Let’s be clear – there are very large numbers of lawyers already deployed – and ready to be deployed with hair-trigger swiftness,” GOP election law expert Robert Kelner told Politico.com. “The slightest discrepancy or hint that legitimate voting is being impeded anywhere will prompt an overwhelming legal show of force. Since the Gore-Bush recount, everyone is on very high alert.”

Bush v. Gore, of course, was the controversial US Supreme Court decision that abruptly ended a recount in Florida in 2000, sending to the White House the man who’d lost the popular vote nationwide by more than half a million votes.

In addition to the campaigns, other political entities are ready to jump in.

Heading up the Republican effort is Romney chief counsel Benjamin Ginsberg, who was heavily involved on the Bush side of the Florida recount 12 years ago.

Democrats are getting legal help from several hundred labor union lawyers and an “election protection” coalition led by the Lawyers’ Committee for Civil Rights Under Law, which is providing some 2,000 volunteers manning call centers should anybody want to report Election Day funny business. Leading the overall legal effort for the D’s is former Obama White House general counsel Robert Bauer.

Mr. Bauer and Mr. Ginsberg know each other well; they negotiated the terms of the presidential and vice-presidential debates.

Weeks before the election, partisan lawyers already were fighting over new election laws in about 20 states, which critics said could suppress the vote. For the most part, courts sided with Democrats in turning back those efforts, many of which focused on a requirement for voters to present identification.

“Contrary to some reports, there have not been far-reaching and significant changes to voter ID laws in the battleground states since 2008,” Bauer and Obama campaign senior strategist Stephanie Cutter wrote in a widely circulated memo. “In states like North Carolina, Iowa, and Michigan, proposed changes were rejected and did not become law; in other states like Ohio, New Hampshire, Wisconsin and Pennsylvania, legal challenges have proven highly successful in turning back unconstitutional attacks on voting rights.” 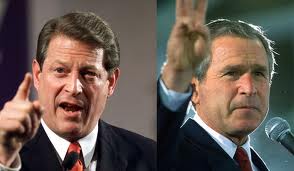 In Ohio, for example, the Obama campaign sued the state when it tried to end early voting the weekend before the Nov. 6 election – a time when many African-American Ohioans vote on the way home from church as part of a “souls to the polls” effort. The Supreme Court of Ohio struck down the law.

But in another memo last Friday, Bauer complained that a Romney campaign video used in Iowa instructed poll workers to check voters for photo identification even though the state does not require that, the AP reported. A Romney campaign official Friday dismissed the allegations as legal bluster. “We stand by the accuracy of our training materials,” Romney campaign spokesman Ryan Williams said.

Meanwhile, the Romney campaign has signed up some 34,000 volunteers for its “Project Orca” election site monitoring effort. On Election Day, smartphone apps will allow voting monitors in the field to input discrepancies to computerized tracking systems at campaign headquarters in real time.

As Election Day approached, the two sides continued to angle for position.

On its website, the National Republican Lawyers Association listed anecdotal evidence of what it claimed was illegal vote-buying, electioneering, voter registration fraud, double-voting, and voting machine malfunction in several states.

On the Democratic side, John Podesta, former chief of staff in the Clinton White House, warned of “disturbing efforts to keep Americans from the polls.”

“Even though the voter ID law in Pennsylvania was struck down, state-sponsored ads are still telling residents they have to show ID,” he wrote in a fund-raising e-mail for the liberal Center for American Progress Action Fund. “Seniors in Florida, Indiana, and Virginia are getting phone calls falsely claiming that they can vote by phone. Voters in Florida are receiving fake letters saying that their citizenship is being investigated.”

In addition, absentee ballots and provisional votes could be particular points of contention, especially in hard-fought states like Ohio and Florida, delaying outcomes as legal teams fight it out.

The last thing anybody wants is a repeat of Florida 2000, when it took 35 days to settle the presidential election.

But just in case, both sides and their battalions of lawyers are ready.