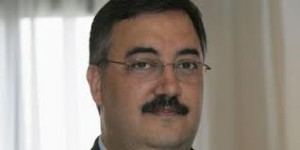 Lebanon’s politicians must stay united and guard against attempts to destabilize the country, French President Francois Hollande said after a car bomb killed a senior intelligence officer in Beirut on Friday.

He did not spell out who might be trying to undermine the country through the attack.

But France, the former colonial power in Lebanon, has repeatedly warned of the risk of the conflict in neighboring Syria spilling over the border.

The Beirut blast killed at least eight people, including intelligence official Wissam al-Hassan, who led the investigation that implicated Syria and Hezbollah in the assassination of former Lebanese prime minister Rafik al-Hariri.

“The head of state calls on all Lebanese politicians to maintain unity in Lebanon and protect it from all destabilization efforts no matter where they come from,” Hollande’s office said in a statement.

“Hassan was killed in this attack. He was a man dedicated to his country, its stability and independence … His death is a great loss,” Hollande said.

“More than ever it is necessary for Lebanon to stay out of regional tensions, ” he said.

Paris said in December it believed Syria was behind attacks on its troops in Lebanon after a roadside bomb wounded five French peacekeepers in the south of the country.