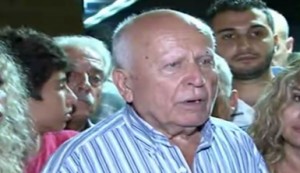 Lebanese citizen Youssef Beshara, who was abducted on Monday, was released on Tuesday after a $400,000 ransom was paid to his captors.

Beshara told OTV after his release that he was kidnapped by unidentified armed men on Monday at 5:30 am in Bsalim in the Metn region .

“The abductors called my daughter and requested a ransom,” he said, adding that the kidnappers “treated me well.”

Beshara also told OTV that he was released near Beirut’s Mar Mikhael church after his daughter handed over the money to the abductors.

Beshara is the brother of the head of the Syndicate of Bakery Owners and owner of Beshara Bakery.

LBC television reported on Tuesday evening that that another Lebanese was abducted following Beshara’s release.