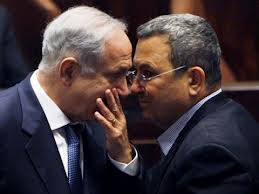 Israeli PM Netanyahu and his Defence Minister Ehud Barak may be on the verge of making a decision to attack Iran against the views of many in their own country and abroad. A range of former defence and intelligence officials in Israel, President Peres, new Home Minister Avi Dichter, senior American officials, including Secretary of Defence Panetta, have all spoken up in favour of more time for talks with Iran, and against the wisdom of a strike.

Despite these calls, the Israeli leadership may feel compelled to act, because of its concerns regarding Iran’s nuclear ambitions, and because rhetoric has boxed the leaders in: they either strike or look like they have been crying wolf. Of course, many view the noise from Israel as a ploy aimed at ensuring the preferred option: an American strike (and that ploy is working); however, many keen observers of Israel believe that Netanyahu and Barak are not only bluffing. In any case, they are creating an inflamed context where the likelihood of panic and error is rising on all sides.

The exact repercussions of an Israeli strike are unknown, but a Hezbollah counterattack from Lebanon, extended terror attacks globally, and troubles in the Persian Gulf are only some of the possibilities, beyond further destabilisation of a region already experiencing tectonic shifts and realignments.

The sad reality is that the populations of Israel, Iran, and possibly Lebanon and some Gulf countries, as well as oil prices and therefore economies globally, are all being held hostage to the minds of a few men in Jerusalem. These individuals hold the fate of millions in their hands: their solitary decision, based on a personal understanding of history and politics, will affect the course of a region, and potentially unleash a useless hell.

Part of us accepts that this is the way we have been organised and ruled for millennia, a few men can make decisions that affect millions. Also, because they are democratically elected, we somehow forgive them. But there is a profound absurdity about this reality. How do we know they are making the right decision? (simply being elected every few years is not a sufficient standard) How do we know they are the right people to make such a decision that also affects many beyond their borders? What do we make of the massive vocal opposition from elites inside Israel against such a decision? Our political assumptions still include a kind of sacred regard for national sovereignty and democratic processes, but is that a sufficient criterion when the effects are regional and even global?

The stark reality is that the Middle East is being held hostage not to Israel but to the minds of Benyamin Netanyahu and Ehud Barak – a very strange situation indeed when looked at soberly, and without the political assumptions that cloud our perceptions and make us accept what is basically not acceptable. 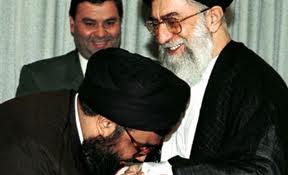 Ironically, Lebanon itself has another version of this hostage situation: Hezbollah has preserved the right to strike Israel when it wishes, in a recent speech, Hassan Nasrallah said, “We will not await anyone’s permission to attack Israel.” Again, millions of Lebanese are hostage to the decisions of a single group within the society – and only certain individuals within that group. The vast majority of Lebanese will have no say about an event that may be catastrophic for their country and their lives.

Both Hezbollah and the two leaders of Israel comfort themselves that they are heroes; they do not question their own virtue. Indeed, their monopoly on what is right is such that that they need no one else’s permission for their actions. They do not doubt whether they will end up on the right side of history.

The reality may in fact be very different: These are a few flawed men, often isolated, under enormous stresses, and possibly even prone to panic, making decisions that will affect regions, massive populations and even global economies. These are the absurd politics that we somehow accept as inevitable. For it is not only Israel and Lebanon that suffer from these realities, almost every country does to various degrees.

This dramatic example however, where vast numbers of fellow elites in Israel are loudly contradicting the decision-makers, does offer us a chance to observe and realise that our political decision-making processes are completely unfitting for our times. Simply because someone is democratically elected does not mean that the best decision will be made. Indeed, because of the flawed state of democracy and the poor quality of people desiring power in recent decades, the decisions being made are far from the right ones, often based on personal agendas and very limited interests. Like it or not, what we are witnessing is little more than a few playing dice with the lives of millions.

After the guns are silent and the useless firehell is over, and a region is shattered once again, there may be some small comfort in the strong possibility that Netanyahu and Barak, as well as possibly Hezbollah, will be the targets of public opprobrium of the most vicious kind within their respective countries. Their place in history may end up thoroughly among the villains, rather than the heroes that they firmly believe themselves to be.

Director of the Middle East Programme at the Toledo International Centre for Peace in Madrid.