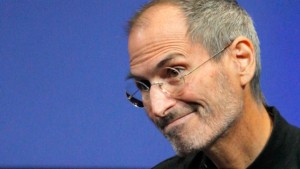 Apple became the most valuable company in U.S. history Monday when its market capitalization hit $623.1 billion at one point during trading. Apple’s bragging rights came at the expense of the previous record holder, rival Microsoft.

Apple’s stock got a lift when analysts said they had high expectations for the new version of the iPhone, which might be unveiled at an event on Sept. 12. The phone is said to feature a larger screen and thinner chassis than its predecessors, as well as support for high-speed LTE data networks.

Analysts at FBR Capital Markets said they expect Apple to sell about 250 million of the new phones. The market also is anticipating the arrival of the widely rumored iPad mini, which, according to reports, will feature a screen that measures just seven or eight inches.

Apple’s historic market cap bested Microsoft’s previous record of $620.6 billion, reached on Dec. 30, 1999, by just .004%. But the performance of Cupertino’s shares in recent years compared to Redmond’s shows just how sharply the companies’ fortunes have diverged. Apple’s stock was trading at $661.20 midday Monday, while Microsoft’s shares were at $30.67.

Microsoft once ruled the market for software that powers personal computers. But as many consumers and even workers switch off their PCs in favor of mobile devices, coupled with the emergence of cloud-based software providers such as Google, Microsoft’s market share has tumbled. It still controls 92% of the desktop OS market, but its share of the mobile market, including tablets and phones, is a paltry 1%, according to the most recent data from Net Applications.

Apple, while holding just 7% of the desktop market, has captured 66% of the faster growing mobile market. Google, through its Android OS, holds a 20% stake.

Microsoft’s efforts to break into the mobile space have fallen flat. Windows Phone, despite a generally positive reception from reviewers, has failed to catch on with consumers.

Microsoft’s tablet strategy, which until now consisted mostly of trying cajole PC makers into building slates powered by versions of Windows never designed for such form factors, also has fizzled.

Microsoft is hoping to change all that later this year with two key product launches that could define its fate for the next several years. On Oct. 26 it will release Windows 8, which represents the boldest redesign of the Windows OS since Windows 95 introduced the Start button and Task Bar. Windows 8 presents a mobile-style, touch-friendly interface to the user, although the more traditional Windows desktop can be accessed with the touch of a button.

Later this year, Microsoft plans to introduce Windows Phone 8. The latest version of Microsoft’s mobile OS, Windows Phone 8 will add some new features that should make it much more popular with corporate tech buyers. Those features include mobile device management tools, and Company Hub, which gives IT centralized control over the devices.