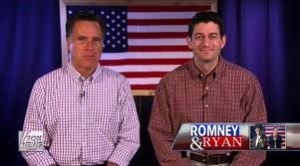 Rep. Paul Ryan will be named Mitt Romney’s running mate on Saturday, ending weeks of speculation about the No. 2 slot on the GOP ticket.

The Associated Press and several TV networks confirmed the news.

Ryan, 42, is best known as the chairman of the House Budget Committee and author of a dramatic plan to overhaul Medicare, the government-run health insurance program for senior citizens.

Romney is set to reveal his running mate at the U.S.S. Wisconsin, before setting out on a tour of key swing states to highlight his economic plans for the middle class.

In an interview with NBC on Thursday, Romney said he was looking for someone with “a strength of character” and “a vision for the country that adds something to the political discourse about the direction of the country.”

With Ryan as his running mate, Romney appears ready to have a national conversation about federal spending and the growth of entitlements with one of the GOP’s leading budget authorities at his side.

Ryan, a House member since 1999, has proposed to dramatically change both Medicare and Medicaid, the programs that have been a hallmark of the nation’s compact to provide health care to senior citizens and the poor

His goal, he said, was to leave “a debt-free nation” to the next generation. “At stake is America,” he said last year.

Ryan’s budget plan has been widely criticized by President Obama and his fellow Democrats, who contend it would end Medicare as we know it. Obama has called Ryan’s plan “thinly veiled social Darwinism.”

With much speculation focused on Ohio Sen. Rob Portman and ex-Minnesota governor Tim Pawlenty, the 42-year-old Ryan got a big boost from conservatives this week.

The Wall Street Journal, whose editorial page holds sway among conservatives, said choosing Ryan, author of a dramatic plan to overhaul the federal budget, would underscore “the nature and stakes of this election.”

“More than any other politician, the House Budget Chairman has defined those stakes well as a generational choice about the role of government and whether America will once again become a growth economy or sink into interest-group dominated decline,” the Journal editorial said.

Norfolk is the first stop in a four day bus tour of swing states that will also include North Carolina, Florida and Ohio. Romney will be discussing his economic plan.