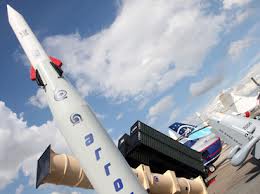 Israel has upgraded its top-tier Arrow II missile defense, a Defense Ministry official confirmed Sunday, as the country girds for possible attacks from Iran and Syria.

Sensors, command and control equipment and radar have been enhanced to improve reach and accuracy, the official confirmed without elaborating. He would not say how many Arrow II batteries are deployed around the country and spoke on condition of anonymity because he was not authorized to discuss the military’s preparations.

Israel has developed a network of air defense systems to parry various threats it sees from its enemies, including the Arrow, a joint project with the Boeing Co. in the U.S. that is designed to shoot down incoming missiles launched as far away as Iran.

Separately, the Haaretz newspaper reported on Sunday that the Arrow has been configured to take down not only long-range missiles but projectiles fired from closer range, such as neighboring Syria or Lebanon. On Saturday, Iran claimed it successfully test-fired an upgraded version of a ballistic missile with such a range that it said could strike with pin-point precision.

Israel regards Iran as its main enemy and suspects Tehran is building nuclear weapons despite its denials. Last week, in a public appearance in Jerusalem with U.S. Defense Secretary Leon Panetta, Israeli Prime Minister Benjamin Netanyahu warned that time was quickly running out to stop Iran from achieving nuclear capability.

Israel is also rattled by Iran’s arsenal of missiles capable of striking the Jewish state, its frequent talk of Israel’s annihilation, and its alliances with anti-Israel militants in the Gaza Strip and Lebanon, who control tens of thousands of rockets.

A former director of the Arrow program, Uzi Rubin, told Army Radio on Sunday that the system could handle any missile coming from Iran.

“I can’t say that every incoming missile will be knocked down. There isn’t 100 percent protection and not everything is a success. But for every single missile coming from Iran there is a single Arrow missile capable of intercepting it one for one.”

Compounding Israel’s concerns are the mounting bloodshed in Syria and growing instability of the regime of President Bashar Assad. Israel fears Syria’s arsenals of chemical weapons could fall into the hands of militants should the central government in Damascus collapse, and has threatened to strike those arsenals to keep this from happening. Syria, meanwhile, has threatened to unleash its chemical weapons in the event of a foreign attack.

In addition to the Arrow, Israel’s has developed the “Iron Dome” system to intercept shorter-range rockets that might be launched against Israel by Palestinian and Hezbollah militants. The U.S. has appropriated hundreds of millions of dollars for that project, and three Iron Dome batteries are currently deployed.

A more sophisticated rocket interceptor, David’s Sling, is in development. Israel is also working on a third-generation Arrow system designed to intercept missiles in space.