Needles in sandwiches on board flights ! 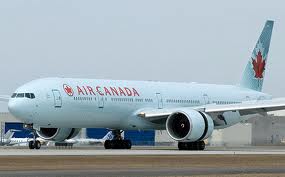 Air Canada says a passenger found what appears to be a sewing needle in a catered sandwich on board a flight from Victoria, British Columbia, to Toronto.

Peter Fitzpatrick, a spokesman for the airline, said late Tuesday that the airline is ‘‘working closely with our caterers to ensure heightened security measures have been put in place.’’

Fitzpatrick says the airline contacted the caterers immediately after Monday’s discovery. He says a police investigation is under way and they have not received any further reports of similar incidents. 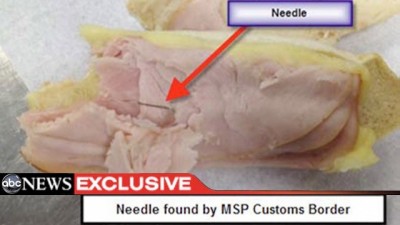 Dutch police said earlier in July they were investigating how needles got into six sandwiches on Delta Air Lines flights from Amsterdam to Minneapolis, Seattle and Atlanta. Passengers discovered four of them.