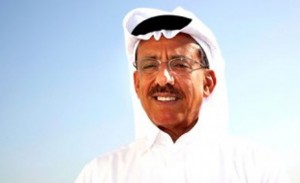 Economic analysts in Lebanon warn against security and political disturbance in Syria that might reduce the size of foreign investments in Lebanon.

Lebanon depends on these investments to plug its current account deficit (trade and services…) which was estimated at $5.6 billion by the International Monetary Fund, 14.4% of the country’s gross domestic product (GDP). Economic experts consider that this soaring figure puts Lebanon at the risk of instability if investors lose their confidence in the Lebanese market due to the ongoing crisis in Syria.

Walid Abu Suleiman, an economic expert, said that the Lebanese domestic product partially depends on the Lebanese agricultural exports to Arab and Gulf countries as well as other countries in the Middle East through the borders with Syria. However, the borders with Syria are no longer safe and it is currently impossible to find a substitute due to the expensive cost of maritime shipping. Abu Suleiman added that the number of Arab visitors entering Lebanon from the Syrian border has decreased by 8% in the first quarter of 2012 and the majority of Arab visitors headed to other, more stable, regional destinations.

Abu Suleiman expressed his fear of seeing the gradual interruption of trade between Lebanon and Gulf countries due to the serious repercussions of the Syrian crisis on Lebanon. Lebanon would suffer the most if the events in Syria were aggravated namely after the warnings issued by the foreign ministries of Bahrain, Qatar, the United Arab Emirates, the Kingdom of Saudi Arabia and Kuwait, to their citizens against traveling to Lebanon, urging them to leave the country for fear of potential security disturbances.

Although no official report was issued in 2012 showing the decrease in foreign investments in Lebanon, however, the last report published by the Investment Development Authority of Lebanon, IDAL, for the year 2011 foresaw this decrease in foreign investments in light of the Arab revolutions that have highly affected the economic stability and investment-attraction potential in the region.

In the same context, the President of the Public Institution for Encouraging Investments in Lebanon considered that direct foreign investment decreased by four billion dollars in the year 2011 after it had featured 4.8% in 2010.

According to IDAL, the majority of foreign investors who invested in projects between 2003 and 2010 were of Arab origins, while western investments in Lebanon have decreased due to the global financial crisis and not to the interior economic situation.

One of the most prominent investors in the Lebanese banking sector is the Bahraini “Al Baraka Banking Group” that finances a real estate project in Beirut worth of $40 million, which is expected to get finalized next year in addition to the “National Bank of Kuwait” which is strongly present in the field of banking services in Lebanon.

Moreover, the construction of the “City Center” Mall in Hazmieh, Beirut suburbs, is ongoing. This $300 million-worth project is developed by Majed Al Futaim Group and is supposed to open its doors in the year 2013.

IDAL report shows that many new Gulf companies started investing in Lebanon in the year 2011 including Qatar Petrochemical Company, the National Bank of Qatar, the Emirati Shift Technology and the Emirati Marine Services. Furthermore, Zain Communications has expanded its service portfolio by opening 15 new points of sale.

On the other hand, the Emirati Al Habtour Group has postponed its investment plans in Lebanon due to the unstable political situation. Economic experts consider this postponement as an economic strike against Lebanon and the start of the retreat of other Gulf investments.

The executive president of Al Habtour Group, Mohammed Khalaf Al Habtour, declared that the group will refrain from investing any additional money until the improvement of the security and political situation in Lebanon. In 2005, Al Habtour Group had already shut down a huge theme park and assigned the management of two of its hotels in Beirut to the Global Hilton Group.

However, economic experts are underestimating the importance of this step despite its repercussions on the country. They believe that foreign investors, namely Gulf investors, are already aware of the political and security disturbances in Lebanon that are part of the Lebanese economic scene, therefore, investors take these risks in consideration when preparing their investment plan. Furthermore, the stability of the Lebanese pound’s exchange rate against the dollar constitutes a big guarantee for foreign and Gulf investors and has attracted, in addition to the high interest rate, foreign capital to the country.

Photo: The executive president of Al Habtour Group, Mohammed Khalaf Al Habtour, declared that the group will refrain from investing any additional money until the improvement of the security and political situation in Lebanon. (Reuters)