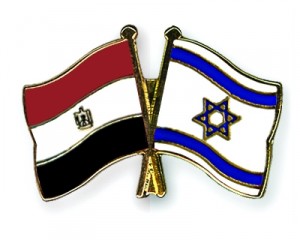 A new era in the Israeli- Egyptian relations has started as the Muslim Brotherhood’s candidate Mohamed Morsi was declared the winner of Egypt’s presidential election.

While Egypt’s former leader Hosni Mubarak, toppled in February 2011, was a secularist and military man, Morsi is a member of the Islamist Brotherhood, which maintains close ties with Hamas, the ruler of the Gaza Strip, a haven of anti-Israel militants.

The foundation of ties between Israel and Egypt under Mubarak was the 1979 Camp David Accord, which saw Israel return the Sinai Peninsula to Egypt in exchange for its first ever peace agreement with an Arab country.

In a televised speech after Sunday’s announcement, president- elect Morsi said “we will honor the international treaties and agreements, and will create balanced international relations based on mutual interests and respect.”

However, in an interview with the Iranian news agency Fars, Morsi said the peace agreement with Israel might be revised and that he might re-establish ties with Iran, which were cut off during Mubarak’s rule.

Israel has so far been cautious in its response to this change of Egypt’s political landscape. The Prime Minister’s Office issued a statement saying that Israel appreciates the democratic process in Egypt and respects the results of the presidential election, adding the Israel looks forward to continuing its cooperation with the Egyptian government on the basis of the peace treaty.

“For the moment, they have much more important issues at stake, especially the internal security and the economy, but from the point of view of the Muslim Brotherhood, Israel is a very important ideological issue,” Dr. Ely Karmon of the Interdisciplinary Center in Herzliya told Xinhua on Monday.

He added that while Morsi has promised to keep the international agreements, the length of this commitment may vary depending on how long the power struggle between the military, which have been in control since Mubarak was overthrown, and the civilian parties will be.

“We must note that since the revolution, the Muslim Brotherhood actually lied about their strategic stand every two months,” Karmon said.

Karmon argued that the Muslim Brotherhood once said they would not nominate a candidate for the presidency, however they in fact nominated two and insisted this was in consistency with the strategy they employed since day one, when they began to ride the tide of the revolution initiated by more liberal groups.

Prof. Yoram Meital of the Ben-Gurion University of the Negev, was less concerned about the election and said that it was not the end of the struggle that began last year.

He added that many of the voters that backed Morsi were not supporters of the Muslim Brotherhood as much as they were against his opponent, Ahmed Shafiq, who was seen as part of the Mubarak establishment.

“No less important is that the Supreme Council of the Armed Forces promise that they will transfer power to the elected president at the end of the month,” Meital said.

“They will deliver it, but the army and the security apparatus will continue to play, behind the scene, a very significant role especially on the issues of national security,” he added.

One of the most sensitive issues in the next phase will be the writing of a new constitution and that task that will be undertaken by a committee established by the military without any representatives from the Muslim Brotherhood. Already the army has moved the right to declare war, which Mubarak held, from the president to the army.

The Egyptian army is an important institution in Egypt with a strong interest to maintain the peace agreement with Israel. As part of the peace deal, the Egyptian army is the second largest recipient of American military aid in the Middle East after Israel, with which the army is obligated to buy U.S. military hardware.

However, the estimated 1.3 billion U.S. dollars that the army gets from the United States is only one part of its budget, which includes income from its industry. The army produces goods ranging from bread, shoes, cement to cars.

The last 16 months has been tumultuous in the political arena, and the Egyptian economy has suffered the consequences from the changes. The Egyptian foreign reserve has declined from 36 billion U.S. dollars to 15 billion U.S. dollars since February last year and according to some estimations the money will run out within a year.

Should the economic situation continue in the same path, Egypt might be forced to devaluate the Egyptian Pound, which would have drastic economic implications for millions of Egyptians.

“There is no doubt that in the year and an half since the toppling of Mubarak’s regime, the economy and the standard of living have deteriorated significantly,” Meital said.

Another challenge that will call on Morsi attention is how to turn the tide and once again make Egypt the popular tourist destination it was before the revolution. Tourism is one of the most important sectors in the Egyptian economy; it’s the source of income for approximately 20 percent of the labor force.

In addition, Egypt’s foreign direct investment has also decreased significantly and the Egyptian stock market has lost much of its value.

So while Morsi may have won the election, there are a number of issues that need to be addressed for him to keep the people that elected him happy.