Egyptians choose their leader for first time in 5,000 years 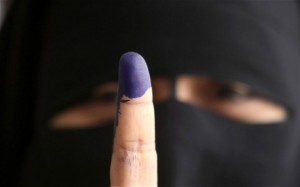 There are no more pharaohs anymore. One by one, the men who would rule over Egypt’s 80 million people arrived at their polling stations, posed for the cameras, and with self-consciously modest smiles walked to the back of the queue.

It never used to be like this. The moment Egyptians finally lost their respect for President Hosni Mubarak, whose joyless grin dominated their lives for three decades, came when a state newspaper carried a photograph of Middle East leaders at the White House grotesquely photoshopped to show him standing not behind but in front of President Obama.

Now men like Amr Moussa, used to receiving sheikhs and monarchs with due pomp and ceremony as head of the Arab League, and Mohammed Morsi, whose Muslim Brotherhood have waited decades for their chance at power, had to wait behind their fellow citizens, like everybody else. 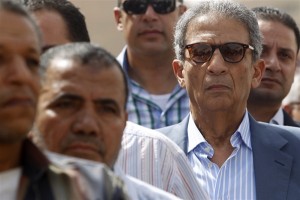 There were few overt signs of celebration on this, the first of two days of voting in Egypt’s presidential elections, at how everything had changed.

There was enthusiasm that voters would get to choose their leader for the first time in 5,000 years of glorious history, but no whoops or fireworks.

Some of the excitement of the Tahrir Square revolution last year has undoubtedly worn off, and voters are nervous too about what lies in store.

It has not been a clean transition of power, and there is not even as yet a constitution laying out what powers the new leader will have.

Many voters are disappointed with the choice of candidates, even though there are 13 of them – none would be said even by their supporters to have both the hoped-for charisma and a detailed plan to rescue Egypt from poverty and chaos.

But many also seemed to realise this was not such a bad thing – that having a choice at all was as important as how to exercise it; and that, barring some new dictatorship, they would have second chances, to vote out the man they now vote in should he disappoint them.

Some of the young liberals who brought this day about by fighting the police, their rifles and their tear gas, chose to boycott the vote, complaining it had become a contest between “felloul” – remnants of the old regime – and Islamists who did not share their modern values. They also feel that, whoever wins, the military will not give up its power lightly.

Though there were no official figures, turn-out was reported to be significantly lower than at the parliamentary elections in December and January.

The performance of parliament, which often appears to television viewers to be little more than an argumentative rabble, has been held to damage the chances of the Brotherhood, which is the largest party.

It may have dented democratic confidence altogether, and certainly far more voters than last year’s revolutionary fervour would suggest said they were voting for Ahmed Shafiq, the “felloul” candidate, a former air force general and Mr Mubarak’s last prime minister.

But most who did turn out thought a boycott a wasted opportunity. “If you boycott the elections now, when will you participate?” asked Bassem Mohammed Sayed, 38, an accountant. “This is something we have never seen before – the first time we have had an election and we don’t know the winner in advance.”

Mohammed Abdul Aziz, a teacher, said it was a celebration. His main concern was that whoever won, the choice would be respected. “I think the election will be fair,” said Omar al-Sioufi, 25, at a polling station in the middle class Cairo district of Mohandessin. “I don’t trust the army, but the Egyptian people know how to protest.” No-one thought the vote would be perfect. There have been several reports of vote-buying, particularly by the campaigns of Mr Shafiq and Mr Morsi.

There were breaches of an election law banning active campaigning in the two days of voting, with Mr Shafiq giving press conferences and interviews in his own cause.

Farouk Sultan, the head of the presidential election commission, said these two campaigns and that of the “moderate Islamist” Abdulmoneim Aboul Fotouh would be referred to the prosecutor’s office, though he also stressed the alleged breaches were not serious.

People often did not know what to do. One complainant to Mr Sultan was an elderly man whose hand was shaking so much he asked the polling station’s presiding judge to mark his ballot for him – and then claimed the man had ticked the wrong box.

Oliga Yusef, 80, coming out of a polling station in Cairo, said: “I cannot read or write. I asked the man inside what to do, and he said I should mark whoever I liked – so I ticked a box, but I have no idea who I voted for.”

By no means perfect, then. But even those who did not know how to vote, knew why it was important. “I came here for my sons, so that they can have a better future,” Mrs Yusef said, walking off proudly.