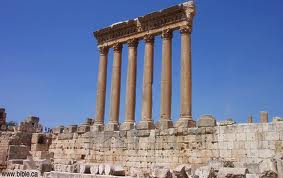 UAE and Qatar’s foreign ministries issued a travel advisory in which they restricted travel to Lebanon and urged their nationals in the country to leave because of the unstable security situation.

“The UAE is keen to preserve the safety of its nationals and expats,” Director of the Department of Citizens Affairs at the Foreign Ministry Issa Abdullah al-Kalbani said.

He urged his country’s nationals to leave Lebanon, as for those obliged to stay, Issa called on them to contact their embassy in Beirut to inform it of their location and contact details.

Qatar FM issued a similar travel advisory due to the “unstable security situation” in Lebanon, its news agency QNA reported.

The ministry also urged all its citizens currently in Lebanon to leave the country and urged those that are obligated to stay to contact the Qatari embassy in Beirut to provide their whereabouts and contact details.

Reaction to the advisory

Foreign Minister Adnan Mansour urged on Saturday both Qatar and the United Arab Emirates to reconsider their travel advisories to Lebanon.

“We hope that the officials in Qatar and UAE would reconsider their decision as the situation in Lebanon doesn’t require it.” Mansour said.

On the other hand Lebanese Forces leader Samir Geagea blamed the Lebanese government officials for the travel restrictions by the Arabian Gulf countries, according to a statement issued by his office

“The LF leader held the majority of officials in the Lebanese cabinet responsible for the [current] situation, particularly Defense Minister [Fayez Ghosn] and some security officials who in the past few days carried out uncalculated and hasty actions.”

Geagea also slammed statements “insisting that Al-Qaeda is present in Lebanon” as well as statements making Lebanon look like “it became a shelter for terrorists.”

“What the majority in the cabinet did was nothing but a preparation for the letter submitted by the Syrian Foreign Ministry to United Nations Secretary General [Ban Ki-moon] with the clear goal to confirm the [Syrian] regime’s theory about the presence of Al-Qaeda in Lebanon and Syria,” the statement added.

“[I call] on the honorable [ones] in the cabinet who vainly tried hard to correct what the majority was doing to resign because currently this is the only available solution… to maintain the Lebanese people’s interests.”

On Friday, the Syrian Foreign Ministry sent a letter to Ban, through Syria’s UN representative Bashar al-Jaafari, complaining that “some Lebanese regions along the border with Syria harbor members of Al-Qaeda and the Muslim Brotherhood.”

This development comes after clashes erupted a week ago in the northern capital Tripoli between the rival neighborhoods of mostly Sunni Bab al-Tabbaneh and the mostly Alawite Jabal Mohsen.

The clashes left 10 people dead and over 100 wounded and sparked fears that the revolt sweeping Syria since March of last year could spill over to Lebanon.

Ever since the uprising against Syrian President Bashar Assad began last March 15, 2011, Tripoli has become a safe haven for activists and thousands of refugees fleeing the violence ( Torture, rape, sexual abuse, killings and other human rights violations) that has left more than 12,000 people dead, according to a rights group.

The Lebanese government is currently dominated by Hezbollah which supports the Syrian regime in its brutal crackdown against the pro democracy protesters.

Minister Ghosn who was the first to announce the presence of al Qaeda in Lebanon( despite strong denials by Interior Minister Marwan Charbel) is a member of the Marada movement which is headed by MP Suleiman Franjiyeh , a close ally of Hezbollah and president Assad.

Tourism is the most important source of revenue for Lebanon. The action by UAE and Qatar is a blow to the tourist industry which counts heavily on tourists from the Arabian Gulf countries.

Bahrain on Saturday also warned its citizens not to travel to Lebanon to ensure their “security and safety”and urged those already there to “immediately leave or stay away from insecure areas,” the official BNA Bahraini News Agency reported.