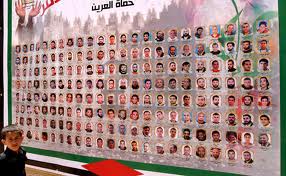 The disclosure that six of almost 1,600 Palestinian prisoners on hunger strike to protest against the Israeli policy of “administrative detention” are close to death has profound implications for Israel and for the stalled Middle East peace process. The rule of law and fair and proper judicial processes, where those accused of a crime may be charged and are guaranteed an opportunity to speak in their own defence in open court, is a key human right that a properly functioning democracy should guarantee even in a troubled period of peacetime.

Internment for prolonged periods without charge on the suspicion of secretive and unaccountable intelligence agencies, whose claims cannot be adequately tested – in Guantánamo Bay, the UK or in Israel – must always be opposed. And in Israel, in particular, administrative detention, first introduced by the UK during the British Mandate, has long been a stain on Israel’s democracy, a process by which that detention can be renewed every six months without formal charges in a system administered by the military including, on the West Bank, relatively junior officers.

Last December, it was estimated that more than 300 prisoners were held in this way.

The office of UN high commissioner for human rights, Navanethem Pillay, is clear on the legality of administrative detention: it “should only be used in exceptional cases and only for imperative reasons of security”.

Yet far from being exceptional, it is commonplace. Indeed, according to the UN’s special rapporteur on Palestinian human rights, over the past year the number of administrative detentions has almost doubled despite the period of relative peace in Israel.

The claim by the Red Cross that the six hunger strikers who have been refusing nourishment the longest are now in danger of dying comes as the secretary-general of the UN, Ban ki-Moon, last week raised the stakes by calling for those being held to be tried or released.

There is an evident risk of violence for both Israelis and Palestinians should any of the hunger strikers die (as officials on both sides have warned). But the success or failure of this protest has further far-reaching implications. The deaths of Bobby Sands and fellow IRA and INLA hunger strikers in 1981 become a focus for both IRA political and paramilitary activity, Sands’s funeral alone attracting tens of thousands of mourners.

And for Israel, the new Palestinian tactic should serve as a warning. At a time when more and more observers are increasingly convinced that the two-state solution is failing, the nonviolence of this hunger strike is already deeply suggestive of what a Palestinian civil rights movement might look like – should Palestinians abandon the demand for their own self-determination and, instead, insist on full equality within a binational state.

While Israel, confronted by the spectre of violence, has found it easy to put forward the argument of necessity, the grim spectacle of uncharged prisoners dying in its jails deprived of the most basic rights will be difficult to justify.

The UN secretary-general is right. Israel must either put on trial or release those that it holds within this inhuman system. In doing so it will help to affirm that it is a free and open society.