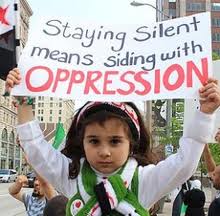 The U.N. Security Council strongly condemned the “terrorist attacks” in Syria on Thursday, urging all parties to the 14-month conflict to cease armed violence and comply with a U.N.-backed peace plan as the Syrian envoy accused al-Qaeda of masterminding the attacks against his country.

Two suicide car bombers killed 55 people and wounded nearly 400 others in Damascus earlier on Thursday in the deadliest attacks in the Syrian capital since an uprising against President Bashar al-Assad began last year.

“The members of the Security Council condemned in the strongest terms the terrorist attacks that occurred in Damascus, Syria, on 10 May, causing numerous deaths and injuries,” the 15-member body said in a statement, according to Reuters.

The Security Council also called on all parties in Syria to “immediately and comprehensively” implement U.N.-Arab League envoy Kofi Annan’s six-point peace plan, in particular to cease all forms of armed violence.

The council “reaffirmed that terrorism in all its forms and manifestations constitutes one of the most serious threats to international peace and security, and that any acts of terrorism are criminal and unjustifiable, regardless of their motivation.”

The statement was released after a Security Council debate on the global fight against terrorism during which Syrian U.N. Ambassador Bashar Jaafari said there had been an increase in “the scale and frequency of terrorist activities and operations in Syria” since a shaky April 12 truce took hold.

He accused “some regional and international states” of sending fighters, funds and arms to “terrorist groups” in Syria.

“Providing the armed groups in Syria with money and weapons is real,” he told the members of the Security Council.

Jaafari told the U.N. Security Council that 12 foreign fighters had been killed and 26 detained in recent clashes with Syrian forces.

“We have a list that contains 12 names of foreign terrorists killed in Syria, including one French citizen, one British and one Belgian ,” Jaafari told the 15-member council.

He said a list of the 26 foreigners detained had been sent to U.N. Secretary General Ban Ki-moon and to the Security Council, according to AFP.

The 26 have “confessed they are terrorists and entered Syria to carry out terror operations,” he added. Some were “associated” with al-Qaeda.

“The terrorist operations committed in Syria bear the fingerprints of al-Qaeda,” Jaafari said.

The ambassador later told reporters that those detained were mainly Tunisians and Libyans but there was one Palestinian and one Jordanian.

All of the “confessions” have been shown on Syrian television, Jaafari said.

Jaafari called on the council “to take immediate necessary action in order to stop all terrorist activities taking place in Syria and to exert maximum pressure on the states which are facilitating and financing and inciting the groups that are perpetrating this terrorism.”

U.N. Secretary-General Ban Ki-moon earlier on Thursday strongly condemned the suicide car bombings in Syria and called on all sides to distance themselves from “indiscriminate bombings and other terrorist attacks.”

Meanwhile, the White House condemned Thursday’s suicide car bombings in Damascus, which it said were not representative of the opposition to Syrian President Assad, arguing they showed the need to end the country’s upheaval.

“Attacks like these that result in the indiscriminate killing and injury of civilians are reprehensible and cannot be justified,” White House spokesman Jay Carney said. “They also remind us of the urgent necessity of achieving a political solution before it is too late.”

“We do not believe (this) kind of attack that you saw in Damascus is representative of the opposition. There are clearly extremist elements in Syria, as we have said all along, who are trying to take advantage of the chaos in that country, chaos brought about by Assad’s brutal assault on his own people,” Carney said aboard Air Force One.