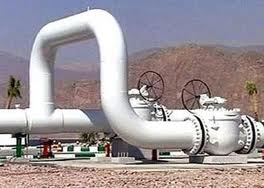 Egypt’s decision to cut off natural gas supplies to Israel threatens the countries’ historic 1979 peace treaty and could crank up simmering tensions over disputed offshore gas fields in the eastern Mediterranean.

On Sunday, Cairo terminated a crucial agreement, signed in June 2005 by the regime of President Hosni Mubarak, to provide Israel with 142 billion cubic feet of gas a year for two decades.

That agreement has become a symbol of growing tension between Egypt and Israel since Mubarak was driven from office Feb.11, 2011, in a pro-democracy uprising.

With Islamist parties, spearheaded by the Muslim Brotherhood, in control of Egypt’s Parliament and contesting upcoming presidential elections, the interim military government of former Mubarak associates is under mounting pressure to set aside the policies of the former regime.

The Islamists have taken a sharp turn against Israel and the 1979 treaty, reflecting the deep opposition to the U.S.-brokered peace agreement by most of Egypt’s 82 million people. They feel it’s too favorable to the Jewish state and U.S. policy in the Middle East.

The “predictable but still surprising announcement” by Egypt’s state-run Natural Gas Holding Co. “is of immediate concern to Washington, not only because it may affect the peace treaty … but also because it could increase the likelihood of vexatious disputes in the development of Eastern Mediterranean gas reserves,” observed Middle East analyst Simon Henderson.

The discovery of subsea fields, primarily off Israel where reserves of up to 30 trillion cubic feet of gas have been found, had “raised Washington’s expectation that regional tensions might be more amenable to resolution,” Henderson noted in an analysis for Washington Institute for Near East Affairs.

But these discoveries, expected to be repeated off Cyprus and Lebanon in the coming years, have only exacerbated regional disputes.

Turkey, a former strategic ally of Israel until they quarreled in 2010, opposes exploration off Cyprus, which has been divided between Greek and Turkish zones since Turkey invaded in 1974.

Indeed, Ankara has threatened to send in its military to prevent such exploration and it hotly opposes a deepening partnership between Israel and Cyprus to jointly export their gas to Europe via Greece, Turkey’s historical enemy.

These disputes have heightened friction between longtime adversaries Israel and Lebanon, technically still at war, and between the internationally recognized Greek Cypriot government in Nicosia and Turkey, which occupies the northern one-third of the island.

It’s also sharpened the rivalry between Athens and Ankara. In 2011, the Turks deployed F-16 fighter jets to what they call the Turkish Republic of Northern Cyprus, which only Ankara recognizes.

The Greek Cypriots responded by signing a military cooperation pact with Israel that’s believed to allow Israel to base fighters on the island.

The stakes are getting higher. The U.S. Geological Survey reported in 2010 that 122 tcf of gas lies within the Levantine Basin encompassing Syria, Israel, Cyprus and the Gaza Strip.

By way of comparison, Algeria, a key gas supplier to Europe, has proven reserves of 159 tcf.

“So great are the suspected riches that tensions are rising across the region, echoing the scrabble for energy resources in the South China Sea,” observed the Financial Times.

Egypt, and to some extent Israel as well, is portraying the gas cutoff as a purely business decision over a payments dispute, with no political purpose. Cairo claimed Israel’s East Mediterranean Gas Co. hadn’t paid its bills for four months.

The Israeli government sought to downplay the issue as a threat to the treaty but it’s clear pressure is growing in Cairo for, at the very least, major revisions in Egypt’s favor.

Mubarak’s enemies have long claimed he sold the gas to Israel at concessionary prices, with his family and associates raking in millions of dollars in kickbacks.

The gas deal’s unpopularity has been demonstrated by 14 bomb attacks on the pipeline running from the Nile Delta to Israel — and Jordan — across the increasingly lawless Sinai Peninsula over the last year.

Cairo’s failure to contain growing turmoil in Sinai, in which Egypt is allowed to deploy only a few hundred troops under the 1979 treaty to ensure Israel’s security, is becoming an increasingly tendentious issue.