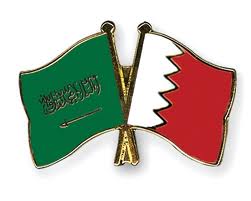 Sources familiar with the Gulf Cooperation Council GCC, reported that Bahrain and Saudi Arabia may declare a union between them on the sidelines of the consultative summit of the GCC countries that will be hosted by Riyadh next month.

The sources told Elaph news that the proposed name for this union is ‘ Arabian Gulf Union’ and will be available to other GCC countries to join when they are ready for such a move, which comes in response to the Iranian efforts to form a with Iraq.