A Cabinet of Deception

by Ghassan Karam
465
by Ghassan Karam It is especially ironic when the government that is expected to guard and protect the interest of the public becomes the most important player in perpetuating deception and false calculus.
Share: 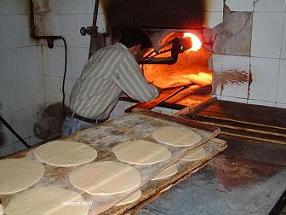 It is especially ironic when the government that is expected to guard and protect the interest of the public becomes the most important player in perpetuating deception and false calculus. These last events in Lebanon beg the question: If the government is not to be trusted then why have it?

Think, if you will, of a major corporation that sells rice in 1000 gram containers for 4000LL each. The marketing department of this corporation decides to maintain the size of the container and its 4000LL but instead puts only 900 grams of rice in each box. If the boxes are marked properly then this action will not be illegal although the consumer protection agencies would wage a campaign against the corporation accusing it of the intention to deceive the public by camouflaging the price increase of 10% that the said corporation has stealthily imposed on the unsuspecting public. One can even imagine calls to boycott such products for the lack of transparency.

Imagine the disappointment when those that are promulgating such practices are the governmental agencies whose only purpose is to protect the consumer instead of exploiting her. What makes things even worse is the unbelievable attempt at using wrong calculus in order to rationalize such action. Can they be that dumb? Apparently the current Lebanese ministers can be dumber than dumb and that is a tragedy of unbelievable proportions.

Let us go through a hypothetical example that illustrates the naiveté of this cabinet officials. Let us assume that the Lebanese populace consumes every day I million 1000 gram packages of bread. If each of these packages sells for 1500 LL then the cost for the one million KG of bread would amount to LL 1.5 billion. The government has decided; in its infinite wisdom; nay its obtuse thinking, that it would not allow the bakers to increase their price by 10% or the equivalent of LL150 per 1000 gram package but instead it forced the bakers to reduce the contents per package to 900 grams and maintain the price at LL 1500. The “genius” behind this voodoo calculus should be fired on the spot. Note that the 1 million kg that are to be consumed daily cost under the old system LL 1.5 billion. When the 900 grams per package is adopted then the 1 million kg would sell at LL1.66 billion i.e. an increase of LL160 million. Had the government allowed an increase in the traditional package of 1000 grams to be sold at LL1650 then the total expenditures for the 1 million kg of bread consumed each day would have been LL1.65 billion. So what did the government accomplish by creating this false crisis and then pretending that they have acted in the interest of the consumer when in fact they have attempted to deceive the citizen into thinking that the government was acting in favour of the common good. The government has simply increased the uncertainty and the level of anxiety simply to wind up in doing nothing.

The Lebanese cabinet of Mr. Mikati behaves as if it has found the magic solution for inflation and high prices. When market conditions create the need to double prices then  all what that implies is the need to cut the quantity in half but to keep the price level “frozen”. See how simple it is to deal with inflation, pretend that the price increase did not take place. What is mind boggling about this proposed solution is the fact that the Lebanese cabinet members really believe that they have found a resolution for the problem of increasing prices.

Shame on each and every member of the cabinet for having agreed to play this game of pure deception; shame on all the MPs who have failed to raise their objection but most of all shame on a so called free press whose only role is to act on behalf of the weak, the voiceless and the exploited but obviously has failed miserably in living up to expectations. This is the perfect example of what is meant by the adage that one should be careful not to appoint the fox to guard the hen house. Unfortunately for Lebanon we did just that.