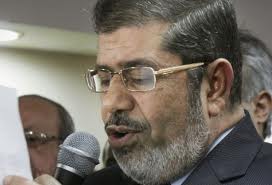 A panel of fundamentalist Islamic clerics on Wednesday endorsed the candidate of the Muslim Brotherhood for president of Egypt, an attempt to prevent a split of the conservative Muslim voters.

The ultraconservative endorsement boosted the Brotherhood candidate, Mohammed Morsi, who faces competition in next month’s election from a more moderate Islamist, Abdel-Moneim Abolfotoh, who broke ranks with the group.

Support for Morsi came from the Jurisprudence Commission for Rights and Reform, a panel of clerics mostly from the ultraconservative Salafis and new Islamist parties, but also including a Brotherhood member. The decision was announced at a news conference in Cairo.

Despite the official unity, the presence of two strong Islamist candidates raised the possibility that the religious vote could be split, creating fierce competition with secular figures.

One is former Arab League chief Amr Moussa, who is popular among many who fear a dominant Islamist influence. 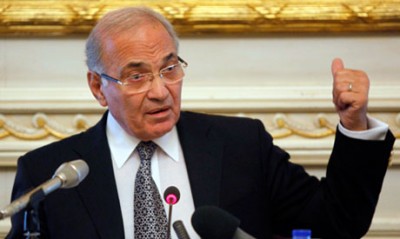 Shafiq is popular among supporters of Mubarak and also Egyptians who fear the strength of the Islamists. He could compete for voters with Moussa.

Shafiq was disqualified Tuesday after the Islamist-dominated parliament passed a law barring former senior officials from the Mubarak regime from running for office.

On Wednesday, Shafiq appealed the disqualification, challenging the constitutionality of the law that banned him. Shafiq argued the law was passed after he applied to run, Egypt’s official news agency reported. The commission referred the law to the constitutional court, and then it reinstated Shafiq.

The race has already seen a series of dramatic turns, with major candidates suddenly entering and just as fast exiting the race, mostly through decisions by the commission. It has vetoed 10 candidates on technical grounds, including the two strongest Islamists and Mubarak’s onetime intelligence chief.

Islamists — the Muslim Brotherhood and the ultraconservative Salafi groups — have emerged as an important power brokers in Egypt after the ouster of Mubarak last year. Under his reign, the Brotherhood was outlawed, and the Salafis were not active politically. Together they now have a large majority in parliament and wield considerable power in the society.

The endorsement by the ultraconservative clerics Wednesday boosts Morsi’s chances by adding a strong Salafi voice to his backing from Brotherhood members.

Even so, the decision likely won’t prevent a split of the Islamist vote. Some Salafis fear the Brotherhood’s strong organization and worry about its tendencies to monopolize power. They are likely to support Abolfottoh.

The endorsement Wednesday “will improve (Morsi’s) position in the race,” said Khalil al-Anani, an Islamist groups expert. “But he will not get the majority of the Salafi votes.”

Morsi was the Brotherhood’s second choice as a candidate. Its top strategist and deputy leader, Khairat el-Shater, was disqualified by the election commission because of a past imprisonment.

Morsi was seen as a weaker candidate who may not be able to rally enough Islamists behind him.

Another influential group of clerics is expected to announce its decision on who it will endorse for the race in the coming days. The group, an even more conservative set of Salafi clerics, is more concerned with ideological purity than with politics. They have a more grass roots following, but it was unclear how many voters the Salafis will carry over from parliamentary elections, and how they will make their choices in the race for president.

The first round of elections is set for May 23-24. If no one wins a majority, a runoff will be held in June.