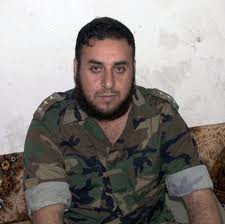 After more than six months of fighting, Syria’s largest rebel group appears to have developed into a resilient guerrilla force, unable perhaps to hold large swaths of territory for very long but still capable of inflicting heavy casualties on the Syrian military and operating fluidly within supportive populations.

The story of the Katiba Farouq, or the Farouq Brigade, has been eclipsed over the past year by news coverage that’s remained focused on the Syrian government’s shelling of urban neighborhoods. But in the months since they took up arms in August, Farouq fighters have discovered the Syrian military’s weaknesses, and despite some reversals, still appear capable of inflicting heavy casualties whenever the Syrian army attempts to enter rebel-held areas.

The rebels plan only to gain strength. “Now we are reorganizing ourselves and creating a military council,” said Mohamed Idris, who was the leader of Farouq’s branch in Baba Amr, the Homs neighborhood that was heavily damaged by Syrian rockets and heavy artillery before the rebels there finally withdrew at the end of February as they ran short of ammunition.

Idris said he and Farouq’s overall commander, Abdel Rizaq Tlass, were wounded in the Homs shelling and escaped together by swimming the Orontes River. Tlass stayed in Homs, while Idris moved south with his men to this all but abandoned city that once was home to 35,000 people near the border with Lebanon.

Tlass appeared in a short video posted on YouTube by Syrian anti-government activists on Sunday, offering to protect U.N. observers if they would stay in rebel-held areas of Homs.

There are many rebel factions fighting against the government of Syrian President Bashar Assad, but Farouq now is considered the largest of the groups claiming to fight under the banner of the Free Syrian Army, the name adopted by the loosely organized army of defectors and volunteers who make up the armed wing of the anti-Assad uprising.

What the Farouq fighters have found is that the Syrian army, as a force built for a potential conflict with Israel, is poorly equipped for the type of asymmetrical combat the guerillas engage in. That allows the guerillas to inflict heavy casualties on the military when the two sides engage in close combat. It is one reason the Syrian military prefers launching artillery attacks on rebel-held cities from long distances.

The rebels also have suffered heavy losses. Idris said he had 250 soldiers under his command during the fighting in Baba Amr, and that 114 of those had been killed in the fighting. Many of those survivors decamped with him to Qusayr, where they battled the Syrian military last week, repelling incursions by the military into the rebel-held portion of Qusayr on consecutive days.

Idris, limping, stayed clear of the front line at the request of his underlings. He directed the fighting from a house-turned-bunker in northern Qusayr.

“If the international community really wants peace in Syria, they will help us with weapons,” Idris said, making it clear the group was planning to step up attacks against the Syrian military. He said his fighters would continue to plant roadside bombs to destroy military vehicles outside of populated areas.

“We will attack the Syrian army in their bases and their checkpoints and try to capture their weapons,” he said. “We are also training fighters. We have many new volunteers without military experience.”

It was unclear how many of Farouq’s fighters were army defectors and how many were civilians who’d volunteered. Idris declined to give a number, though it appeared to a visiting reporter that the force was split equally among those with military training and those without.

No foreigners were seen among Farouq’s fighters during the week a reporter spent with them, though more than a half-dozen fighters, when a reporter told them he had spent time reporting in Iraq, offered that they also had fought there during the U.S. invasion and occupation. Often, their first question was whether the reporter had visited Fallujah, the city that became synonymous with Iraq’s Sunni Muslim resistance after anti-American fighters took it over in 2003 and held U.S. forces largely at bay before a full-scale assault by U.S. forces in late 2004 recaptured it, destroying more than 80 percent of the city in the effort.

Many of the Farouq fighters compared Homs to Fallujah and Syrian tactics to those employed by the United States in Iraq. They noted that the Syrian military is building walls around Baba Amr, with the intent of preventing fighters from re-infiltrating the neighborhood.

Farouq is keen to manage its image in the media; it has its own media department.

“We are not terrorists,” was a common refrain from the fighters in Qusayr. Though many of the men were pious Muslims, they seemed less motivated by religion than by the repression and abuse they said they had experienced at the hands of Assad’s government.

Even greater than their concern for how the insurgency was being portrayed to a Western audience was their difficulty in acquiring weapons, which come from defectors and corrupt Syrian army officers as often as they come from smugglers in neighboring countries.

In past months, the Syrian military, with the help of Lebanese security forces, has succeeded in tightening control of the border, greatly slowing the rebels’ ability to smuggle in weapons. The most common question directed at an American reporter was why the United States or NATO had failed to support the Free Syrian Army in the manner it had supported Libya’s revolutionary militias against Moammar Gadhafi last year.

Last week, Farouq’s commanders were making preparations to expand their reach into the suburbs of Damascus, which are presently the domain of other rebel groups.

It was clear, in Qusayr and in the villages around it, that what civilians had chosen to stay were largely dependent on the Free Syrian Army. As a reporter exited to Lebanon, the FSA was continuing to help refugees cross into Lebanon illegally.

“We wouldn’t want to kill civilians,” said Abu Jandal, an auto mechanic turned fighter from Baba Amr who’s now in Qusayr. “They are our families.”

But not everyone left in Qusayr appeared entirely supportive of the rebels’ presence. When rebels asked if a journalist could take pictures of army positions from his building, one man asked them to go away.

The group had taken over security responsibilities in northern Qusayr, even bringing at least one former police officer back to work, but Idris said the group’s main focus was on continuing attacks against the Syrian military and protecting civilians from the army’s attacks.

Human rights groups have accused Farouq of abuses, and leaders of the Baba Amr group acknowledged they continue to hold five Iranian citizens they captured in Homs, who they claim are Iranian agents working with the Syrian government.

The group also has been accused of targeting Christians in Homs. But interviews with Syrian Christian refugees who’d fled to Lebanon from Homs and Qusayr uncovered no evidence that Christians were targeted because of their religion. Rather, Christian refugees from Qusayr said that a Christian man and 16 others working with government security forces in Qusayr had been captured by Farouq fighters in March, prompting some Christians to flee. Members of Farouq confirmed the story, as well as the arrests.

Idris’ deputy also admitted unapologetically that Farouq fighters had carried out at least one summary execution, of a man it says was a captured member of air force intelligence, one of the most feared branches of Assad’s security services.

But the fighters defended their human rights record, accusing government forces of taking hostages, including rebels’ family members, and of using citizens of Qusayr and Homs as human shields.

“Bashar Assad destroyed Baba Amr over the heads of its citizens,” said Idris’ deputy, Ammar al Bukiyah, a one-time house painter who said he joined the rebels only after the peaceful demonstrations he’d participated in came under repeated attack by armed security forces.