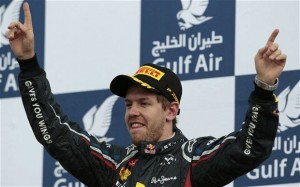 When Formula One drivers performed their usual parade around the circuit on the back of a flatbed truck ahead of Sunday’s Bahrain Grand Prix, they waved at rows of empty seats.

Few inside the Formula One bubble had any contact with the demonstrations in villages around the capital in which protesters hurled Molotov cocktails and police fired teargas and birdshot in nightly clashes. 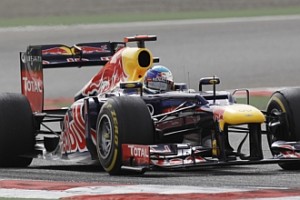 Formula One earns its money from TV rights and corporate sponsors, not from selling tickets. But a government that wants to show that life is returning to normal had spared no expense to attract punters.

There was a rock music stage. Kids could enjoy tents for circus performers, arts and crafts, and musical theatre.

“It’s like Disneyland,” said one foreigner working in the stalls. “This is the best entertainment village I’ve seen in a long time. They’ve really pushed the boat out for obvious reasons.”

Official attendance was announced at 28,000 in a circuit that seats 46,000. It looked like fewer. TV cameras on the front of the cars beamed to the world the unmistakable images of many empty seats as the racers roared past the grandstands.

With organisers doing what they could to attract crowds, even super-elite status had lost some of its cachet. Regulars at the normally overflowing Paddock Club, reserved for big-ticket corporate sponsors and their guests, said attendance had fallen through the floor.

No-longer-so-covetted Paddock Club passes were even falling into the hands of ordinary mortals – unaware, for example, that access includes free gourmet meals.

“You can see people wandering around with Paddock Club passes and eating at the fast food stalls. They clearly don’t know what to do with them,” said the foreigner at the stalls.

A column of black smoke could be seen from the circuit on the distant horizon before the race, although there was no way to tell whether it had anything to do with the violence. Tyres were set alight overnight in the village of Budaiya, scene of mass demonstrations this week.

Most of those who did attend were expatriates, like Phil Mitchell, originally from England, who wore a McLaren cap and was rooting for Jenson Button and Lewis Hamilton.

“There is definitely more security. But not marked. I think it’s just a precautionary measure,” he said. “I’m just looking forward to a really good race today.”

Omer Mazhruddin, originally from Lahore in Pakistan but living in Manama, attended with his visiting father.

“We’re very excited and happy it’s happening,” he said. “I think this will help normalize things in Bahrain going forward as well. You can see people are very excited.”

Bonkers, Buttons and Chuckles – three British clowns flown in as part of the family entertainment – said the show would go on.

“No worries,” agreed Bonkers. “Obviously we’ve seen stuff on the news about what’s been happening but we didn’t have any real concerns.”

Photo: Red Bull’s Sebastian Vettel became the fourth different winner of a grand prix this year by taking the chequered flag in Bahrain.