In Gaza, Hamas has not delivered

by yalibnan
618
As enthusiasm for Islamist parties grows in the Arab world questions abound about what shape political Islam will take. Hamas, an offshoot of Egypt’s Muslim Brotherhood has not set a good example in clean governance in Gaza for others to follow
Share: 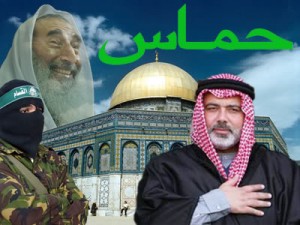 The housing stipends, promised by Hamas social workers after much of Umm Mohammed’s neighborhood was demolished in an Israeli military assault three years ago, never came. The water barrels pledged by municipal authorities seemed to go only to Hamas cadres. Electricity is a rarity.

“They say they are the resistance against the enemy,” said Umm Mohammed, 26, bouncing a baby on her knee. “Where is the resistance?”

The militant Islamist movement surged to a surprise victory in Palestinian elections in 2006 with promises of clean governance and a reputation for terrorist tactics against Israel, which had withdrawn from Gaza the year before. But after five years of Hamas administration, many in this besieged strip say it has lived up to neither. Hamas is fast losing popularity, and recent surveys indicate that it would not win if elections were held in Gaza today.

As enthusiasm for Islamist parties grows in the Arab world and prompts questions about what shape political Islam will take, some say Hamas’s path from violent opposition movement to de facto government could be instructive: The Gaza-based rulers, many analysts say, have become more pragmatic and more self-

interested — a bit more like common politicians. Whether that means Hamas, an offshoot of Egypt’s Muslim Brotherhood, has altered its extremist ideology is far from clear.

Israel and the United States, which deem Hamas a terrorist organization, are unconvinced. Israeli military officials say the movement remains dedicated to Israel’s ruin, as stated in its charter, and is hoarding arms for future offensives. Although some Hamas leaders voice admiration for Turkey’s moderate and democratic Islamism to foreign audiences, others unfurl militant, anti-Israel rhetoric to chanting supporters. 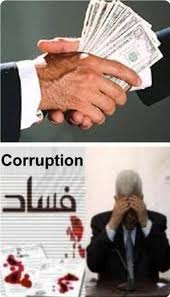 Ideology aside, the Hamas that won control of this Mediterranean strip, isolated by an economic siege and hobbled by 30 percent unemployment, no longer looks the same to many Gazans. It secured once-lawless streets, as promised. But hopes of Islam-guided fairness and an end to the graft that had tainted the tenure of the secular Fatah party have turned to widespread griping about Hamas corruption and patronage.

Hamas has hired more than 40,000 civil servants, and analysts say the top tiers are filled by loyalists. Members of the Hamas elite are widely thought to have enriched themselves through investment in the dusty labyrinth of smuggling tunnels beneath the border with Egypt and taxes on the imported goods. That money has been channeled into flashy cars and Hamas-owned businesses that only stalwarts get a stake in, critics say.

Street-level umbrage has risen in recent months alongside tax increases and a crippling power crisis that has caused 18-hour blackouts and gas station lines that snake around corners. It began after Egypt stopped providing subsidized fuel for vehicles and Gaza’s sole power plant through the tunnels. Analysts — and ordinary Gazans — say the crisis has been prolonged by Hamas’s refusal to import pricier fuel through an Israeli-controlled crossing.

Yet some diesel is making its way through Hamas-connected tunnels to Gaza’s black market, where it sells for as much as $30 a gallon.

“Can you smell that? Diesel,” one tunnel manager said on a recent morning as he crouched in the passage, a half-mile-long cylinder little wider than a water slide. Fifty gallons had just come through, a process the manager said was “eased” because one of the tunnel’s owners has a brother in government.

“Many aspects of the siege are imposed by Hamas,” said the manager, who spoke on the condition of anonymity because of fears of losing his job.

If Hamas has not delivered clean governance, neither has it fully Islamized society, as some feared. Alcohol and belly dancing have been banned. But efforts to require schoolgirls to wear veils, prohibit women from smoking water pipes or prevent “un-Islamic” behavior on the strip’s breezy beaches largely failed amid criticism from the public, which is generally conservative but “didn’t like Hamas or the government telling them how to behave,” said Gaza-based political scientist Mkhaimar Abusada.

Authoritarianism has come more in the form of quashed dissent and arrests of perceived political opponents, actions that even Hamas supporters concede have cost the group support. 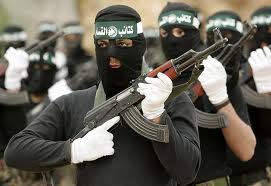 “We became like a police state,” said Ahmed Yousef, a former adviser to Hamas Prime Minister Ismail Haniyeh. “They became scared of any rally or demonstration.”

Hamas, eager to preserve its rule, has also become wary of provoking a new Israeli offensive in Gaza, costing it credibility in some quarters. Although Gaza’s cement-block buildings are papered with posters of gun-toting fighters, and Hamas allows Islamic Jihad and other militant factions to fire rockets into Israel, Hamas itself has mostly adhered to an unofficial cease-fire since the 2008-2009 Israeli offensive.

“The people did not accept that Islamic Jihad was left alone on the battlefield,” an Islamic Jihad spokesman who goes by the nom de guerre Abu Ahmed said of Hamas’s decision to abstain as Israel battled Palestinian militants last month.

Islamic Jihad’s performance — it lobbed hundreds of rockets toward civilian targets in Israel and lost 14 fighters — increased the group’s appeal, Ahmed boasted, noting that Hamas now has “different calculations and bigger responsibility. . . . It has a lot to lose.”

Indeed, as political Islam rises in the region, Hamas has essentially abandoned longtime patron Syria, and a fairly public divide has emerged between Hamas hard-liners and those seeking a more pragmatic approach that might help relieve Gaza’s isolation.

“A lot of these groups are now having to do this difficult dance and straddle these two constituencies,” Shadi Hamid, research director at the Brookings Doha Center, said of Hamas and other Islamist organizations in the region. “That leads to considerable policy incoherence.”

Where that is heading is unclear, and Hamas leaders are noncommittal. Taher al-Nunu, a spokesman for the movement, said Hamas leaders restrained fighters last month because they thought Israel was trying to provoke them to learn about their weapons arsenal, not because they have abandoned armed tactics.

“We are not working by remote control like Israel wants,” he said.

But Nunu said Western powers have ignored symbolic moves by Hamas, such as Haniyeh’s decision to make his first official trip abroad, in January, to Turkey — a country whose electoral democracy and moderate Islamism are serving as a “model” to a growing number of Hamas leaders, Yousef said.

One month after that trip, though, Haniyeh visited Iran, another longtime Hamas benefactor.

Despite public discontent, Hamas officials seem unruffled. The movement’s grip inside Gaza remains near-total, in part because a unity deal with Fatah, which could lead to elections, is on ice.

That leaves Abu Khaled, an unemployed former shopkeeper, to seethe in his 11th-floor apartment in Gaza City. Khaled, 55, said he voted for Hamas because it promised change and justice, which he figured meant there would be jobs.

But only those who “pray in a Hamas mosque” get work, he said, adding that the movement’s leaders look as though they have gotten comfortable with their mini-state and have forgotten about fighting for Palestinian independence.

“We used to take taxis, now we walk. We were eating, now we are not. We must admit, things changed — but for the worse,” Khaled said wryly, speaking through coils of cigarette smoke. “Hamas is controlling us. They are responsible for us.”