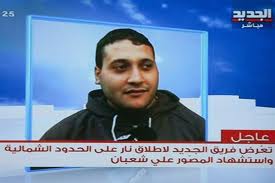 Syrian forces opened fire across two tense borders Monday, killing a TV journalist in Lebanon and wounding at least six people in a refugee camp in Turkey on the eve of a deadline for a cease-fire plan that seems all but certain to fail.

A witness at the Turkish camp said he saw two refugees killed, although that account could not be independently confirmed.

Across Syria, activists reported particularly heavy violence with more than 125 people killed in the past two days.

The Obama administration expressed outrage at the violence spilling over the frontiers, saying the Syrian government appeared to have little commitment to the peace plan that was negotiated by former U.N. chief Kofi Annan.

The latest bloodshed was a sign of how easily Syria’s neighbors could be drawn into a regional conflagration as President Bashar Assad’s crackdown on a year-old uprising becomes increasingly militarized, despite desperate diplomatic efforts.

Annan brokered a deal that was supposed to begin with Syria pulling its troops out of population centers by Tuesday morning, with a full cease-fire by both sides within 48 hours. But hopes for the plan collapsed after a fresh wave of violence and new demands by the regime for written guarantees that the opposition will lay down arms first.

The U.N. estimates some 9,000 people have been killed in Syria since March 2011, when the uprising began with mostly peaceful protests against Assad. But a government crackdown led many Syrians take up weapons, transforming the conflict into an insurgency.

On Monday, Syrian forces fired across the border into a refugee camp in Turkey, wounding at least six people, authorities said.

The soldiers were believed to be firing at rebels who tried to escape to the refugee camp after ambushing a Syrian military checkpoint, killing six soldiers, according to the Britain-based activist group Syrian Observatory for Human Rights.

The troops kept firing as they pursued rebels who made a run for the camp, sending bullets whizzing across the frontier, the Observatory said.

Turkish authorities said four Syrians and two Turks were wounded, including a Turkish translator who had entered the camp to try to calm an anti-Assad protest.

But one witness, Tareq Abdul-Haqq, told The Associated Press by telephone from the camp that he saw two refugees killed in front of him.

He said the two were in a crowd that was shouting anti-Assad slogans during a demonstration that erupted after word got through the camp that rebels had ambushed the Syrian checkpoint.

“They started chanting ‘God is Great!’ and the army and the security forces targeted them,” Abdul-Haqq, 26, told The Associated Press by telephone.

According to the ministry, 21 wounded Syrians were brought to Turkey on Monday, but that two of them died soon after. It was not immediately possible to reconcile the two accounts.

“Syrian citizens who have fled the violence by the current Syrian regime are under the full protection of Turkey,” the Turkish Foreign Ministry said in a statement.

Turkey shelters some 24,000 Syrian refugees, including hundreds of army defectors, and has floated the idea of setting up a buffer zone inside Syria if the flow of displaced people across its border becomes overwhelming.

The countries share a 911-kilometer (566-mile) border, and parts of southern Turkey are informal logistics bases for rebels, who collect food and other supplies and smuggle them to comrades across the border in Syria.

Monday’s shooting was believed to be the first inside Turkey, although there have been similar cross-border attacks into Lebanon.

Syrian troops fired about 40 rounds across the border into northern Lebanon, killing a cameraman for Lebanon’s Al Jadeed television station, the station said. The camera crew were in Lebanese territory.

Ali Shaaban, who was born in 1980, was shot through the chest as he sat in a car and died on the way to the hospital, Lebanese security officials said.

“If you see the car, you would think it was in a war zone,” Shaaban’s colleague, Hussein Khreis, told the station. “It is completely destroyed from the bullets.”

The station said on its website that its staff “crawled for around two hours, during which we were under constant fire from the Syrian army.”

“If you see the car, you would think it was in a war zone,”

“I ask forgiveness from Ali’s family because I couldn’t do anything for him,” Khreis said in a broadcast on Al Jadeed, breaking into tears.

The Committee to Protect Journalists said Syria is now the most dangerous place for journalists in the world.

“We certainly have seen no signs yet of the Assad regime abiding by its commitments,” White House press secretary Jay Carney said.

“Not only has the violence not abated, it has been worse in recent days,” she said.

Annan, an envoy to Syria for the U.N. and the Arab League, has tried to broker a cease-fire which would pave the way for talks to end the crisis. But the Assad regime introduced a new, last-minute demand Sunday, saying it cannot withdraw without written guarantees from opposition fighters that they will lay down their arms.

Syria’s main rebel group, the Free Syrian Army, rejected the demand for a written guarantee, but said it will abide by its promise under Annan’s plan to stop fighting — as long as the regime does too.

“We as protectors of the Syrian people announce a cease-fire against the regime’s army starting on the morning of April 10 and we will stick to this promise if the regime abides by the clauses of the initiative,” a member of the FSA’s military council said in a YouTube video.

The Syrian opposition and Western leaders had been skeptical all along that Assad would live up to his commitment to a truce. He has broken similar promises in the past and escalated attacks on opposition strongholds in the days leading up to the deadline.

But Annan’s spokesman, Ahmad Fawzi, held out hope. When asked if Annan’s plan could still succeed, Fawzi told the AP: “His plan is viable — it’s up to the parties to implement it.”

On Wednesday, he then travels to Iran, a close Syrian ally, as part of his push to rally support for the cease-fire. The international community, which so far is unwilling to contemplate military intervention, has had little leverage over Syria.

Iran, Russia and China have been Assad’s strongest supporters. Annan already has traveled to Moscow and Beijing and got their backing for his peace plan.

In Beijing, Chinese Foreign Ministry spokesman Liu Weimin said China wants an immediate end to violence and hopes the international community will give Annan more time to see the cease-fire agreement to fruition.

“We think the final resolution needs all sides to sit down and talk,” he said.

Despite the diplomatic push, violence has continued.

The Observatory and other activists said more than 125 people were killed since Sunday in the Syrian cities of Homs, Aleppo, Hama, Idlib and elsewhere. The reports could not be verified because Syria has banned most independent media coverage.

Also Monday, Human Rights Watch said it has documented the killings by Syrian forces of 85 civilians, including women and children, and the killings of at least 16 wounded or captured opposition fighters. The New York-based group said it only included cases corroborated by witnesses, but has received many more reports of similar incidents.