by yalibnan
640
By David Ignatius President Obama has signaled Iran that the U.S. would accept an Iranian civilian nuclear program if Ayatollah Khamenei can back up his recent public claim that his nation “will never pursue nuclear weapons.”
Share: 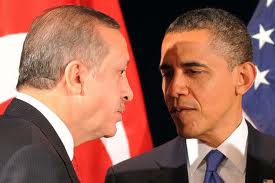 President Obama has signaled Iran that the United States would accept an Iranian civilian nuclear program if Supreme Leader Ali Khamenei can back up his recent public claim that his nation “will never pursue nuclear weapons.”

This verbal message was sent through Turkish Prime Minister Recep Tayyip Erdogan, who visited Khamenei last week. A few days before traveling to Iran, Erdogan had held a two-hour meeting with Obama in Seoul, in which they discussed what Erdogan would tell the ayatollah about the nuclear issue and Syria.

Obama advised Erdogan that the Iranians should realize that time is running out for a peaceful settlement and that Tehran should take advantage of the current window for negotiations. Obama didn’t specify whether Iran would be allowed to enrich uranium domestically as part of the civilian program the United States would endorse. That delicate issue evidently would be left for the negotiations that are supposed to start April 13, at a venue yet to be decided.

Erdogan is said to have replied that he would convey Obama’s views to Khamenei, and it’s believed he did so when he met the Iranian leader on Thursday. Erdogan also met President Mahmoud Ahmadinejad and other senior Iranian officials during his visit. 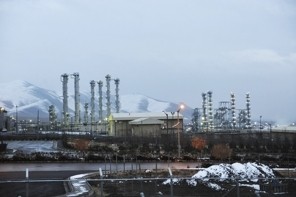 The statement highlighted by Obama as a potential starting point was made on state television in February. Khamenei said: “The Iranian nation has never pursued and will never pursue nuclear weapons. . . . Iran is not after nuclear weapons because the Islamic Republic, logically, religiously and theoretically, considers the possession of nuclear weapons a grave sin and believes the proliferation of such weapons is senseless, destructive and dangerous.”

The challenge for negotiators is whether it’s possible to turn Khamenei’s public rhetoric into a serious and verifiable commitment not to build a bomb. When Obama cited this statement to Erdogan as something to build on, the Turkish leader is said to have nodded in agreement.

But the diplomatic path still seems blocked, judging by recent haggling over the meeting place for negotiations. Istanbul was expected to be the venue, but the Iranians last weekend balked and suggested instead that negotiators meet in Iraq or China. U.S. officials see this foot-dragging as a sign that the Iranian leadership is still struggling to frame its negotiating position.

The Erdogan back channel to Iran is the most dramatic evidence yet of the close relationship Obama has forged with the Turkish leader. Erdogan, who heads an Islamist party that is often cited as a model by Muslim democrats, has been a key U.S. partner in handling Syria and other crises flowing from the Arab Spring uprisings.

A sign of Erdogan’s role as intermediary is that he was accompanied, both in the meeting with Obama and on the trip to Iran, by Hakan Fidan, the chief of Turkey’s intelligence service. Fidan is said to have close relations with Qassem Suleimani, who heads Iran’s Quds Force and is probably Khamenei’s closest adviser on security issues. Also joining Erdogan was Ahmet Davutoglu, the Turkish foreign minister.

Syria was another big topic in Erdogan’s discussions with Obama and his subsequent visit to Iran. The Turkish leader told Obama he would press Iran to reduce its support for Syrian President Bashar al-Assad, whom Erdogan once championed but is now determined to oust. Erdogan said he planned to tell Khamenei that Syrian attacks on Muslim opposition forces must stop. The Turks have been trying, meanwhile, to bolster the opposition so that it can provide a credible alternative to Assad’s rule.

Some Arab analysts see a weakening of support for Assad in recent days from Iran and its Lebanese proxy, Hezbollah, whose leader Hasan Nasrallah last week called for a “political solution” with the opposition. The key player in any such managed transition would be Russia’s president-elect, Vladimir Putin. U.S. officials hope he can broker a Syria deal before he meets Obama at the G-8 summit next month.

As Iran’s leadership debates its negotiating stance, the squeeze of Western sanctions is becoming tighter. Nat Kern, the editor of Foreign Reports, a leading oil newsletter, forecasts that Iran will lose about a third of its oil exports by mid-summer. It may get even worse for Iran after July 1 if China and the European Union follow through on recent warnings that they might stop insuring tankers carrying Iranian crude.

U.S. officials believe that if Iran refuses to negotiate, it will be easier to tighten sanctions even more.