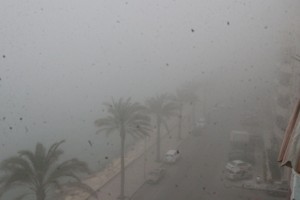 Flights at Beirut Rafik Hariri International Airport have resumed effective 8:45 p.m. on Friday after they were suspended at around 6:30 p.m. on Friday due to an unusual dense fog that engulfed the country’s coast and caused extremely low visibility.

Suspended incoming flights were earlier diverted to Cyprus according to Haiby

The Lebanese meteorological department advised motorists in coastal areas to drive carefully and slowly and to use their emergency flashers in order to avoid any accidents. The department also urged fishermen to avoid sailing at night.