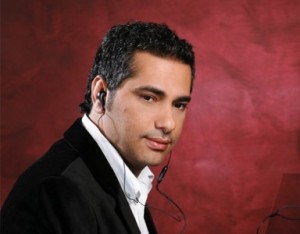 Prominent Lebanese singer Fadel Shaker has announced that he resigned from his singing career permanently. Fadel made his decision after taking part in a recent demonstration opposing the Syrian government’s cruelty against its people and standing by the side of the Muslim group Salafying and announcing that he is one of them. Fadel also revealed that he has received death threats from the Syrian government and their supporters in Lebanon, but despite everything he will not change his views and will always support the Syrian people.

Fadel said during an interview with the Egyptian television channel Al Rahmah that the main reason behind his decision to resign is the fact that he is becoming closer to God and is a more devoted worshiper. He added that his closeness to God made him realize that he is walking in the wrong path.

The singer revealed plans for preparing a number of religious songs and ended his interview by wishing the Syrian people victory over the current regime of President Bashar Al Assad, who Fadel describes as a dictator brutally massacring his people.