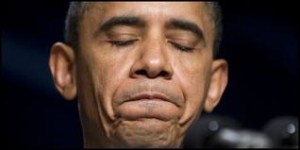 Two American officers were shot dead at close range in Afghanistan’s Interior Ministry on Saturday, a U.S. official said, as rage gripped the country for a fifth day over the burning of the Muslim holy book at a NATO base.

NATO recalled all staff working at ministries in the Afghan capital, Kabul, following the attack, with its top commander in Afghanistan calling the killer a coward.

“For obvious force protection reasons, I have also taken immediate measures to recall all other ISAF (NATO’s International Security Assistance Force) personnel working in ministries in and around Kabul,” said General John Allen, adding that the attacker’s actions “will not go unanswered.”

The two American officers, advisers to the ministry, were fired on at close range, a U.S. official said, speaking on condition of anonymity.

U.S. officials, speaking on condition of anonymity, said they did not know the identity of the shooter and that there was no known witness to the crime.

The Taliban claimed responsibility for the shootings, which it said were in retaliation for the desecration of copies of the Koran by foreign troops at NATO’s Bagram air base. Afghan security sources said the two dead were a U.S. colonel and major with NATO forces.

U.S. President Barack Obama has sent a letter to his Afghan counterpart, Hamid Karzai, apologizing for what Washington says was the unintentional burning of the Korans, after Afghan laborers found charred copies while collecting rubbish.

The Koran burnings ignited anti-Western fury. Thousands have taken to the streets and at least 27 people have been killed in the protests. Two American soldiers were shot to death on Thursday by an Afghan national army soldier who joined the rallies.

Obama spoke with Allen after Saturday’s shootings and the White House said the president supported the steps taken to protect U.S. service members in Afghanistan.

“We welcome President Karzai’s statement this morning encouraging peaceful expressions and his call for dialogue and calm,” the White House said in a statement. “The United States remains committed to a partnership with the government and people of Afghanistan.”

An Afghan security source said the American officers killed on Saturday had been found dead with gunshot wounds deep inside the heavily fortified Interior Ministry.

“There is CCTV (closed-circuit television) there and special locks. The killer would have had to have the highest security (clearance) to get to the room where they were killed,” the source told Reuters.

Afghan Defense Minister Abdul Rahim Wardak, in a phone call with Panetta, apologized and said Karzai was assembling religious leaders, parliamentarians, justices of the Supreme Court, and others in an effort to curb violence, according to a Pentagon description of the conversation.

In Kabul, Allen met with Afghan Interior Minister Bismillah Mohammadi, who pledged his complete cooperation with the investigation, the Pentagon said.

ISAF declined to say if the shooter was a member of the Afghan security forces.

If the shootings are linked to Afghan forces, new questions will arise about Taliban infiltration as well as their ability to secure Afghanistan once NATO combat forces withdraw in 2014.

NATO is supposed to be moving away from a combat role to an advise-and-assist mission as early as next year. That will require NATO to place more staff in ministries.

“The fact that NATO is recalling staff from ministries suggests they are worried about a deep malaise in the Afghan security forces, that they expect more of these attacks,” said Kamran Bokhari at STRATFOR global intelligence firm.

The Koran burnings have underscored the deep cultural mistrust between Afghans and the foreign troops who invaded a decade ago to oust the Taliban from power.

“The attack came from the mujahideen of the Islamic Emirate in revenge for the American soldiers’ repeated desecration of our religion, especially the latest intentional incident in the Bagram airfield which they burnt Korans,” Mujahid said, using another name the group calls itself.

An Afghan security source said the shooting of the two Americans in the Interior Ministry could be connected to the burning of the Korans.

Muslims consider the Koran to be the literal word of God and treat each copy with deep reverence. Desecration is considered one of the worst forms of blasphemy.

Hundreds of people tried to overrun a compound in the northern Kunduz province housing workers from the U.N. Assistance Mission in Afghanistan, but were held back by police, Interior Ministry spokesman Sediq Sediqqi said.

In April last year, protesters angry about the burning of Korans by an obscure pastor in the United States stormed a U.N. compound in northern Balkh province, killing seven people.

The protests could dent plans for a strategic pact that Washington is considering with Kabul that would allow a sharply reduced number of Western troops to stay in the country well beyond their combat exit deadline.

There have been several instances of Afghan troops and forces turning on NATO troops. NATO servicemen and staff live and work primarily at their bases but also frequent the barricaded Afghan ministries dotted around Kabul on official business.

Photo : U.S. President Barack Obama. He has sent a letter to his Afghan counterpart, Hamid Karzai, apologizing for what Washington says was the unintentional burning of the Korans, after Afghan laborers found charred copies while collecting rubbish.