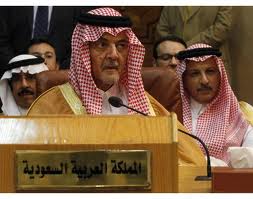 Saudi Arabia’s delegation walked out of a “Friends of Syria” meeting in Tunis on Friday over what it saw as the gathering’s “inactivity”, Saudi-owned Al Arabiya television said, but a Saudi official said it had only left to attend bilateral talks.

The television station said Saudi Foreign Minister Prince Saud al-Faisal left the meeting after saying in a speech that focusing on humanitarian aid to Syria was “not enough”.

Asked about the report, an aide to the Saudi foreign minister told Reuters: “We left to attend bilateral meetings” on the sidelines of the “Friends of Syria” conference.