New Hariri indictment to be issued by UN court 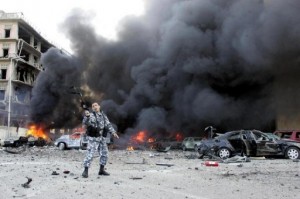 A UN-backed court probing the assassination of Lebanon’s ex-premier Saad Hariri will issue a new indictment in the case by the end of this month, Lebanese Prime Minister Najib Mikati said on Tuesday.

“Daniel Bellemare, the chief prosecutor of the Special Tribunal for Lebanon, informed me on his recent visit to Beirut that he would submit a new revised indictment before leaving office end of February,” Mikati said.

He added that Bellemare informed him the new charge sheet concerns information on attacks against three veteran Lebanese politicians that were linked to Hariri’s assassination.

The three officials are: George Hawi, ex-leader of the Lebanese Communist Party who was killed in a car bomb in June 2005; former defence minister Michel Murr, who survived a car bomb in July 2005; and Druze MP and ex-minister Marwan Hamadeh, who escaped an attempt on his life in 2004.

Hariri and 22 others, including a suicide bomber, died in a massive seaside car bomb blast in Beirut on February 14, 2005.

Arrest warrants for four operatives, members of the Iranian-backed Hezbollah Shiite militia, have been issued by The Netherlands-based tribunal, but they have not yet been arrested.

Hezbollah, blacklisted as a terrorist organisation by Washington, has denied involvement.