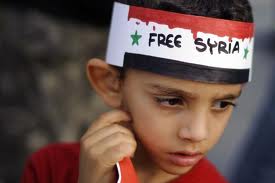 At least six people were killed in Syria on Friday and the bodies of six others were turned over to their families, activists said, two days before the Arab League decides whether to keep monitors there despite their failure to halt bloodshed.

Security men were out in force in several restive towns and cities to counter protests against Bashar al-Assad that often erupt after weekly Muslim prayers, activists said, while supporters of the Syrian president demonstrated in Damascus.

Hundreds of people have been killed since the monitors arrived in Syria, where an armed insurgency has grown in recent months, contesting Assad’s grip on several parts of the country.

Arab foreign ministers meet in Cairo on Sunday to decide whether to prolong the observers’ one-month mandate, which expired on Thursday.

Supporters say the mission reduced violence somewhat, but critics say it provided diplomatic cover for Assad to pursue a crackdown that the United Nations says has already killed more than 5,000 people.

The Syrian authorities accuse foreign-backed militants of killing 2,000 members of the security forces since the unrest began in March, inspired by Arab uprisings elsewhere.

French President Nicolas Sarkozy said “ferocious repression” of Assad’s opponents by the authorities was dragging Syria towards chaos and would only benefit extremists.

He urged the Arab League to intensify its monitoring efforts and called on the U.N. Security Council, so far paralysed by divisions over Syria, to act.

Security forces prevented prayers for the fifth Friday in a row at the Omari mosque in the southern town of Deraa, where the anti-Assad revolt began 10 months ago, activists said.

The British-based Syrian Observatory for Human Rights said five civilians had been killed in gunfire around the country and a security officer had been assassinated in Deraa, possibly because he had changed sides. In the northwestern province of Idlib, security forces returned the bodies of six people who had disappeared two days earlier, it said.

It was not possible to verify the latest accounts of unrest in Syria, where tight media restrictions are enforced.

At a small pro-Assad demonstration near the Omayyed mosque in Damascus, dozens of young men chanted: “We are your men, Bashar” and “Shabiha forever, for your eyes, Bashar”, a reference to a militia that operates alongside security forces.

Houssam Younis, an army conscript at the rally, said Assad should use “full force” to crush armed insurgents.

“The army is facing hell from them in Homs and Hama. We do not want reforms. We want to finish those terrorists first. The people should be united against them,” he told Reuters.

Sudanese General Mohammed al-Dabi, head of the monitoring mission, was expected to fly to Cairo, headquarters of the Arab League, on Saturday to report on what his 165-strong team has witnessed since it deployed in Syria on Dec. 26.

Burhan Ghalioun, head of the opposition Syrian National Council, was also due in the Egyptian capital, where he planned to meet the League’s secretary-general, Nabil Elaraby.

New York-based Human Rights Watch said the League should publish Dabi’s report in full and should urge the U.N. Security Council to impose targeted sanctions, including an arms embargo, to stop the killing in Syria.

Russia and China oppose any U.N. sanctions on Syria.

Sanctions that have been imposed by Western countries, and disruption caused by the uprising, are taking a toll on the Syrian economy. Syria plans to introduce a managed float of its exchange rate, effectively devaluing the currency, its central bank governor Adib Mayaleh told the Financial Times on Friday.

The value of the Syrian pound has fallen by a third on the black market during the unrest, exchange dealers say.

The EU, which bought most of Syria’s approximately 130,000 barrels per day of oil exports, imposed sanctions on Syrian oil on Sept. 2, following a similar decision by the United States.

Syrian oil exports are tiny when compared to those of the main Middle East exporters and the sector does not dominate the economy as it does elsewhere in the region, but it provides revenue the government relies on.

EU governments are expected on Monday to expand a Syria sanctions list against individuals, companies and institutions.

The Arab League suspended Syria and announced sanctions for its failure to comply with a November peace plan which required that it halt the bloodshed, withdraw military forces from the streets, free detainees, provide access to Arab monitors and the media, and open a political dialogue with opposition groups.