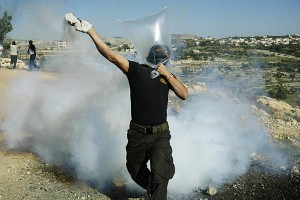 Palestinian officials say that they will resume their effort to gain U.N. membership, and that they could launch a nonviolent third intifada because they see no chance of reaching a peace deal with the current Israeli government.

The Palestinians had put their U.N. bid on hold to participate in informal Jordanian-sponsored talks with Israel that began at the beginning of the year in Amman.

The Middle East “Quartet” — the United States, the European Union, the United Nations and Russia — had urged the parties to submit proposals on borders and security by Jan. 26, with the goal of reaching an agreement by the end of 2012.

But with that proposals deadline approaching, officials here said Thursday that they do not expect any breakthroughs.

“We hear from our Jordanian friends that things are not going well,” said Sabri Saidam, deputy speaker of the Fatah Council and an adviser to Palestinian Authority President Mahmoud Abbas.

Mr. Saidam and other Palestinian officials told The Washington Times that, barring a last-minute development Thursday, the U.N. campaign would begin anew.

A return to the U.N. would rile the U.S., which has vowed to veto the Palestinian application for membership in the Security Council. The U.S. was spared the headache of a veto in September because the Palestinians failed to gain a nine-vote majority.

A wall of Mr. Abbas‘ presidential compound features a giant photo of him holding up the Palestinian application during his speech to the U.N. General Assembly.

The Palestinians began the campaign after bolting short-lived U.S.-sponsored peace talks in September 2010, when Israeli Prime Minister Benjamin Netanyahu’s government did not extend a 10-month freeze on Jewish settlements in the West Bank.

Palestinians say they will not restart formal direct talks unless Israel freezes settlement activity and agrees to President Obama’s formulation that any two-state solution be based on Israel’s pre-1967 frontiers — conditions Mr. Netanyahu has refused.

But the U.N. campaign is just one aspect of what many Palestinian officials describe as the “South Africanization” of their struggle — an approach that seeks to isolate Israel diplomatically while engaging in mass nonviolent protests.

“We can learn from the South African struggle against apartheid that international activism works,” said Nabeel Shaath, Fatah’s commissioner for international relations. “You don’t really have to shoot in order to get your rights.”

Mr. Shaath said it was “absolutely” a mistake for Palestinians to militarize the second intifada — the 2000-2005 uprising that claimed about 4,000 Palestinian and 1,000 Israeli lives amid suicide bombings and Israeli military strikes.