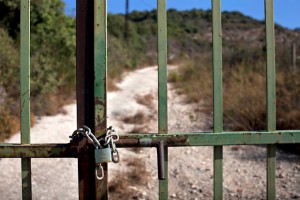 The question of controversial land purchases by Shia businessmen with links to Hezbollah is back in focus following a New York Times front page piece last month which focused on Hezbollah’s alleged money laundering practices. It stated that money, mainly garnered through illicit means such as drug trafficking, is being channeled into Hezbollah coffers and is being used, amongst other things, to purchase large tracts of land for use by the party.

The paper highlights one particular case which “involved perhaps the richest land deal in Lebanon’s history, the $240 million purchase late [in 2010] of more than 740 pristine acres [roughly 3 million square meters] overlooking the Mediterranean in the religiously diverse Chouf region.” The area in question lies on the Chouf Coast, next to the town of Debbiyah.

Opponents claim that the Chouf purchases are part of an ongoing trend of land-acquisition by Hezbollah, mainly in areas of key strategic importance. A process which they say began years ago.

In 2007, for instance, reports were rife about Hezbollah acquiring tracks of land north of the Litani river, in strategically high land, just north of UNIFIL’s zone of operations and, importantly, just 10 kilometers from the border with Israel.

At the time, reports emerged that farmers were told not to return to several areas north of the river which had been turned into Hezbollah military zones. One security pocket is apparent from the road between Qotrani and Kfar Houna, and remains closed to the public. The area in question has seen significant construction between 2004 and 2010 [see image] although it is unclear what Hezbollah has been up to in those areas and others.

Other transactions took place in Jezzine area, the bay of Litani, Marjayoun and Hasbaya in South Lebanon, as well as along the Blue Line and in Jbeil, 38 km north of Beirut. Christians and Druze who relocated during the civil war and don’t want to return to their original land frequently sell it at a low cost, around five or six dollars per square meter. For the Christian parties, who have been monitoring Hezbollah’s transactions closely, these purchases are too obvious to be simple coincidences.

In the Bay of Litani, a Shia businessman who appeared to be middle class, bought 1.5 million square meters of land, implying that the funds were not his. In another case in the Jezzine area, a 2.2 million-square-meter farm has been turned into a Hezbollah military compound. Other big pieces of land in Deir Mimas, Marjayoun and Burghuz in Hasbaya were bought by people associated with Hezbollah.

Most of these land purchases are linked to Ali Tajeddine, a former Hezbollah commander turned businessman who has repeatedly said that the land is being used for quarrying purposes. Hezbollah’s chief political strategist and a member of Parliament, Ali Fayyad, denied to the New York Times that his organization was behind the Chouf purchase or other, similar land deals.

Local Druze and Christian politicians and citizens are concerned about the acquisition of land by Hezbollah, with many believing the party plans to create a “Shia belt” linking its stronghold in South Lebanon to the Bekaa.

Aramoun and neighboring Choueifat, south of Beirut, used to be Druze, with a smaller percentage of Christians, until around 10 years ago, when Shia families started to move into the area. There was no sectarian friction whatsoever, Aramoun officials told NOW Lebanon in 2010, until political parties started displaying their paraphernalia, stirring territorial disputes.

The Hezbollah flags started to show up in both the Aramoun and Choueifat municipalities after the so-called “little war” in May 2008, when March 8-backed fighters attacked the area and fought with locals loyal to the March 14 coalition over a government decision to prevent the Party of God from operating its own private telecommunications and security systems. Although municipal officials tried to quell anger and resentment following the May events, there is still tension in the area between March 8 and March 14 supporters, the latter of whom want the flags taken down, according to March 14’s website.

In the north Beirut suburb of Jdeideh, similar tensions were stirred over land purchases. In November, 2010, Christian political parties in the March 14 coalition, namely the Lebanese Forces and the Kataeb Party, reacted aggressively to a land purchase in Jdeideh, accusing Hezbollah of having a “bit-by-bit” strategy of taking over Christian and Druze lands. Transactions such as the one in Jdeideh are taking place all over Lebanon. In some neighborhoods of Beirut, such as Hadath, Christians have agreed not to sell property to Shia buyers in order to “preserve their community.” But the agreement also applies to Shia who don’t support Hezbollah.

Much of Christian and Druze concern lies with the true intentions behind Hezbollah’s move. Strategic land acquisition intended to offset an Israeli onslaught is clearly far more palatable than an active policy incrementally “taking over” territory belonging to other sects. To date it is one group’s word against the other.

Photo: A locked gate bars entry into the Chouf land ” perhaps the richest land deal in Lebanon’s history, the $240 million purchase late last year of more than 740 pristine acres overlooking the Mediterranean in the religiously diverse Chouf region. Entities with links to Hezbollah have bought a number of properties in largely Christian and Druze areas of the country.