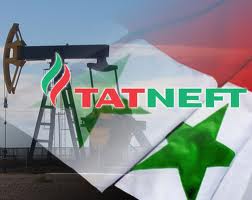 “We intend to continue operations if the situation stabilises,” a Tatneft spokesman said by telephone, citing public remarks by company head Shafagat Takhautdinov.

The Russian regional oil company, whose production base is in Tatarstan, has a production-sharing agreement with Syria’s state-owned General Petroleum Corporation, which is on an EU blacklist under a sanctions regime aimed at isolating President Bashar al-Assad.

The blacklist is part of a concerted push by Europe, the United States and the Arab League to intensify pressure on Assad in response to continued state-sponsored violence against protesters.

The United Nations says Assad’s forces have killed more than 5,000 people, while Syrian authorities say 2,000 soldiers and members of the security forces have been killed.

As Western countries have stepped up sanctions against Syria over the protests and against Iran over a report that it had worked on an atomic bomb, questions have surrounded their Russian partners.

Russian companies have been seen as less vulnerable to these sanctions than European counterparts by virtue of Moscow’s diplomatic role as a channel to Tehran and Damascus, as well as by their relative isolation from global financial markets.

Earlier this week, Tatneft denied it had taken on direct obligations to develop Iranian oilfields after the regional president of Tatarstan, Rustam Minnikhanov, visited the Islamic Republic.

Minnikhanov’s website said he had signed a memorandum of understanding with National Iranian Oil Company, which covered cooperation on Iran’s Zageh oilfield.