Syria: Over 110 killed in deadliest day of violence 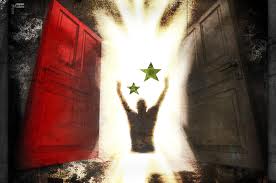 Syria has announced it will execute “terrorists” and anyone who distributes weapons, just a day after Damascus publicly committed to an Arab League peace plan – a move that analysts and the opposition say is a stalling tactic.

Yesterday also marked the deadliest day of violence since Syria’s uprising began in mid-March. Damascus has long insisted that such violence has been committed by “terrorist” gangs attacking Syrian forces and civilians. Today Syrian state TV announced that the government has enacted a new law imposing the death penalty against “terrorists” and anyone distributing weapons for terrorist activities, CNN reports. The new law also imposes a life sentence of hard labor for arms trafficking.

According to the London-based Syrian Observatory for Human Rights, some 70 Syrian Army deserters were shot as they attempted to defect to the rebels, reports BBC News. “They were killed while trying to run away from their military positions on the way between the villages of Kensafra and Kefer Quaid, in Zawyia Mountain, in Idlib district,” the Observatory said. The Syrian Revolution General Commission, a rebel coalition, put the number killed at 72.

Both the Observatory and the rebel coalition also say that some 40 others were killed in violence across Syria – including three government soldiers in Idlib and nine people each in the key rebel cities of Deraa and Homs. The estimates put Monday’s death toll at 110 or more, which would be the highest single-day tally during the nine-month uprising. The BBC notes that the claims could not be confirmed due to Syria’s ban on foreign journalists.

Yesterday’s violence starkly contrasts with Syria’s signing yesterday of an Arab League peace deal, which allows international monitors into the country. But analysts doubt Syria’s commitment. The BBC’s Jim Muir writes, “Only by force has [the government] been able to maintain some kind of control over many places. … If that iron grip is relaxed, those areas could slide immediately out of control, leaving only Damascus and Aleppo more or less with the regime.”

Andrew Tabler of the Washington Institute for Near East Policy underscored the risk President Bashar al-Assad faces if he withdraws his troops, reports The Jerusalem Post.

Mr. Assad “hides behind sovereignty, and this plan would seem to put his activities in the spotlight. He will now try to skirt around the plan to his advantage and play for time,” he said. “If he pulls back from cities and people protest, the true scale of the uprising will be apparent. That will be hard for him to handle politically.”

The Syrian National Council, the largest rebel coalition, criticized Syria’s commitment to the peace deal as a ploy, reports Reuters. “Syria’s signature of the Arab League agreement is a lie aimed at winning time and preventing the League from resorting to the United Nations,” council head Burhan Ghalioun told reporters in Tunisia, where council members gathered over the weekend to build the group’s internal structure. “We need to use force, even in a limited way, or for Arab defense forces to respond.”

Time Magazine notes that Mr. Ghalioun’s mention of the use of force is significant, as the SNC has previously refused any foreign military intervention in the conflict. But Time adds that even if the coalition group’s position is changing, it will still have trouble finding countries willing to put boots on the ground in Syria.

“We’re searching for those boots,” joked Anwar al-Bunni, a prominent Syrian human-rights activist and member of the SNC who has done several stints in President Bashar Assad’s jails. Turkey would be expected to play an important role in the establishment of any safe zone, several SNC members said. “But the Turks need political cover,” al-Bunni said, speaking after the press conference. “An Arab and international cover. A safe zone must happen. It’s not a question of how. It’s the single way to protect our people.”

But even without foreign military intervention, the sanctions imposed by the Arab League and the West appear to be putting the Assad regime under severe pressure. In commentary for Lebanon’s Daily Star, Christian Henderson of the markets and risk analysis firm Dunlin Consultants writes that Syria’s economy is contracting rapidly.”

It is estimated that since the protests began, the country’s gross domestic product has shrunk by as much as 20 percent. Revenues from oil and tourism, two important sources of foreign income, have almost disappeared. Recent Arab League sanctions have closed the trading route between Turkey and the rest of the region, cutting customs revenues.

So what effect will the country’s economic problems have on the political situation? Disruption of daily life due to economic problems may persuade Syrians who have remained neutral that the situation is untenable, forcing them to take to the streets. The salaries of government workers were already meager and are now smaller due to the weakening of the pound. This could add to the mood of revolt.

Mr. Henderson concludes that “if the Syrian regime endures, the restoration of the country’s economy will be difficult to achieve,” as the foreign sanctions and protests will likely continue as long as Assad and his allies remain in power.