Jumblatt: Getting rid of Saddam, was best US achievement in Iraq 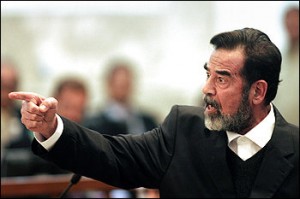 Progressive Socialist Party leader MP Walid Jumblatt wrote in his column in the Al-Anbaa newspaper on Tuesday that although the US invasion of Iraq inflicted human and economic losses it got rid of the fascist and despotic regime of Saddam Hussein.

“Despite the tens of thousands of lives that were lost in the invasion, the attack did at least accomplish one good thing and that is the toppling of a fascist regime.”

“They should construct a new Iraq that respects the diversity of its society under a new constitution that takes into consideration the minorities in the country, some of which were oppressed for decades,” wrote Jumblatt