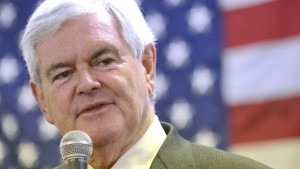 Palestinians reacted angrily Saturday to comments by Republican presidential hopeful Newt Gingrich that the Palestinians were “an invented” people.

In the comments, aired Friday on the Jewish Channel cable network, Gingrich said, “I think we have had an invented Palestinian people who are in fact Arabs.”

Describing Gingrich as ignorant of the region’s history, Palestinian Authority Prime Minister Salam Fayyad suggested that Gingrich should review history, “because all he seems to know about history is the Ottoman period.”

Gingrich’s statements are a “denial of history, which is not acceptable,” he said.

He warned that statements like these “jeopardize peace and stability in the region.”