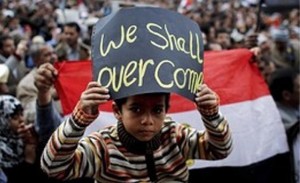 At least a dozen Syrian secret police have defected from an intelligence compound, activists said on Sunday, in what appeared to be the first major desertion from a service that has acted as a pillar of President Bashar al-Assad’s rule.

A gunfight broke out overnight after the defectors fled the Airforce Intelligence complex in the centre of Idlib city, 280 kms (175 miles) northwest of Damascus, and ten people on both sides were killed or wounded, the activists said.

The Arab League has told Syrian authorities to sign an initiative to end the military crackdown on popular protests by Sunday, and has threatened to impose financial and economic sanctions if it does not sign soon.

Such deadlines have slipped repeatedly in the past. Damascus complains that its sovereignty would be compromised by the plan, which would require it to admit Arab monitors to ensure that Syria pulled troops out of cities.

“There are letters still being exchanged between the Arab League and Damascus to reach a vision for the protocol…. These communications and correspondence are being studied by Damascus,” Foreign Ministry spokesman Jihad al-Makdesi said in the Syrian capital.

Assad has so far shown no sign of halting the crackdown on protests against his rule.

In Homs’s Sunni district of Bab Amro on Sunday, several thousand people encircled the coffin of Khaled al-Sheikh, a 19-year-old protester who residents said was killed in random shooting by the army on the neighbourhood this week.

Abdelbassel Sarout, a 21 year football player kissed Sheikh’s bloody head as the mostly young crowd of men and woman-chanted to the beat of drums: “Sleep easy we will continue the struggle… mothers weep for Syria’s youth.”

“When we film the protests to send on YouTube, most demonstrators would try to hide their face so they would not be identified by the security police,” said Wael, a young activist in the city. “Khaled was always barefaced, chanting the loudest.”

Security forces and militiamen loyal to Assad killed six civilians on Sunday, including a father and his two children in a drive-by shooting and a woman university teacher in Homs, activists said.

Syrian authorities say they are fighting foreign-backed “terrorist groups” trying to spark civil war who have killed some 1,100 soldiers and police since March.

One activist in Idlib, who gave his name as Alaa, said army defectors based in the nearby Jabal al-Zawiya region were seen near the secret police compound and helped the deserters escape in what appeared to be a coordinated operation.

“Armoured vehicles from an army barracks outside Idlib were called in to help defend the compound. The sound of AK-47s and machineguns echoed till dawn,” he said.

Opposition sources estimate the number of defectors from the security forces so far at several thousand, mainly army recruits from Syria’s Sunni Muslim majority. Members of Assad’s minority Alawite sect, an offshoot of Shi’ite Islam, have a tight grip on the country’s military and security apparatus.

The sectarian dimension to the unrest has come to the fore after tit-for tat sectarian killings were reported near Homs, a nascent insurgency broke out in the provinces of Homs, Deraa and Idlib, and the United Nations warned of the risk of a civil war.

The top U.N. human rights forum has condemned Syria for “gross and systematic” violations by its forces, including executions and the imprisonment of some 14,000 people.

Protests, modelled on “Arab Spring” revolts that have toppled leaders in Tunisia, Egypt and Libya, have continued in Homs and scores of cities and towns. Armed resistance has grown alongside the sustained peaceful demonstrations.

“The street still wants the protests to continue to maintain the moral edge of the uprising. But it does not mind if the revolt acquires armed teeth to protect the demonstrators and deter attacks by the army and security police,” activist Talal al-Ashqar said by phone from Damascus.

Assad has repeatedly said he is battling to preserve Syria’s sovereignty. His isolation has deepened, with the Arab League, the European Union, the United States and Turkey piling on tougher and tougher economic sanctions.

But the 46 year old president does not face any immediate threat of foreign military strikes. The West has shown no appetite for the type of intervention that helped oust Libya’s Muammar Gaddafi.

Prince Saud al-Kabeer, the Saudi deputy foreign minister, said on Sunday that “military interference was not discussed at all” in Arab League deliberations.

Assad, who inherited power from his late father in 2000, can also still can count on support from China and Russia, which last month scuppered Western efforts to pass a U.N. Security Council resolution condemning his government.

Arab sanctions, however, are a psychological blow to a leader

whose ruling Baath Party has touted Syria for decades as “the beating heart of Arabism.”

The sanctions, which have not yet taken effect, would include freezing the assets of 19 top Syrian officials and Assad associates and banning them from entering other Arab countries. The number of flights to Syria would be halved.