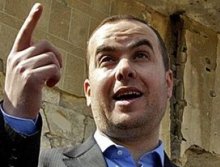 Iranian-backed Hezbollah boasted Wednesday that it has succeeded in exposing CIA operatives in Lebanon and urged the government to take immediate measures against the US embassy near Beirut.

“We call on the Lebanese government to take immediate action… and raise the issue with the United Nations and embassies, so that the whole world is aware of what the US embassy in Lebanon is doing,” he added.

Fadlallah, who heads parliament’s telecommunications committee, said the Lebanese Shiite militant group, which is also backed by Syria, had succeeded in uncovering Central Intelligence Agency operatives that had infiltrated Hezbollah.