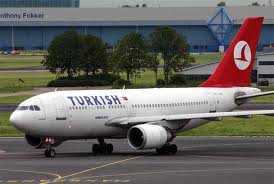 In a tit-for-tat move , Turkish aircraft will be banned from landing at Iraqi airports beginning on Sunday, after Ankara announced a similar move due to a row with Iraq over debts, a transportation ministry official said.

“This is a response to a Turkish decision to stop Iraqi airplanes from landing at Turkish airports,” Nuri said.

“The Iraqi stance is right and normal, considering what the Turkish authorities decided to do days ago,” he said.

Nuri said the Turkish decision to ban Iraqi flights stems from a dispute with Iraq’s State Oil Marketing Organization over millions of dollars of debt owed to Turkey.

“They did not find a way to put pressure on Iraq except by stopping our airplanes from landing at their airports,” he said.