Assad’s uncle calls for him to step down 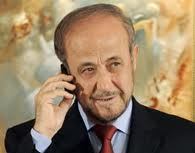 Syrian President Bashar Assad must step down quickly to stop the country spiralling into civil war, but should be allowed to stay in Syria as he is not responsible for the unrest, the incumbent leader’s uncle Rifaat Assad said on Thursday.

In an interview broadcast on French television, Rifaat said months of civil unrest had effectively deprived Syria of leadership, and it now risked being torn apart by armed militias and could face worse upheaval than in neighboring Lebanon.

Out of a sense of patriotism, Bashar Assad should speed up his departure, Rifaat said, but his presence in Syria was not untenable as blood had been shed on both sides during the violence, both among opponents of Bashar’s regime and his supporters.

“He has to go, but without leaving the country. He isn’t responsible, it’s a historical accumulation of many things, and I’d like him to convince himself to step down,” Rifaat told LCI television.

Rifaat Assad is a former military commander, widely held responsible for crushing an Islamist uprising in 1982 against then president Hafez Assad, Bashar’s father, in which many thousands were killed.