Jumblatt urges Hezbollah to defend its accused members in court 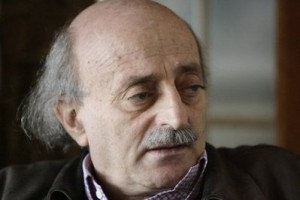 “We’ve heard Hezbollah describe the suspects (in the 2005 assassination of former PM Rafik Hariri) as ‘sacred’, but they must understand that those who were martyred, starting from Rafik Hariri all the way to (slain MP) Antoine Ghanem … are also ‘sacred’,” Jumblatt said

“Why don’t they go defend themselves in court?” Jumblatt suggested, warning that “boycotting the tribunal would harm Lebanon.”

The Iranian and Syrian -backed Hezbollah brought down former PM Saad Hariri’s government on January 12 over the Special Tribunal for Lebanon’s imminent indictment.

The Special Tribunal for Lebanon issued the indictments and arrest warrants on June 30. Two of the suspects Badreddine and Ayyash are reportedly senior members of Hezbollah and played leading roles in the assassination while the other two Hezbollah members Hassan Aneissy and Assad Sabra played a supporting role in the execution of the assassination.

“No Lebanese government will be able to carry out any arrests whether in 30 days, 30 years or even 300 years.” Nasrallah said.

Hezbollah and its allies are dead against funding the Tribunal , but Jumblatt, PM Mikati and president Michel Suleiman are reportedly in favor of funding it due to international obligations.

Commenting on the crisis in Syria, Jumblatt said he was “against using Lebanon against Syria and vice versa.”

“I’m with security and military coordination between Lebanon and Syria, but it should have regulations,” Jumblat stressed.

He called for a “compromise ” between President Bashar al-Assad’s regime and its opponents, but underlined “the need to prevent foreign intervention.”

” I’m with a political settlement in Syria and it should be implemented in an appropriate manner,” he added.

Jumblatt said that the compromise should take place according to steps stipulated by the Arab League initiative. “It calls for withdrawing the army from cities and reconsidering the political system in Syria.”

He urged Assad to “accept the Arab League’s initiative” to end the violence.

Asked about his relation with former premier Saad Hariri, Jumblatt said: “We exchange holiday greetings and we are former allies. We did not part because of a dispute over the principle of the tribunal, but rather over regional alliances and the fear of civil strife.”

“Hariri and I should both help Syria exit its crisis by endorsing the Arab League’s paper,” he called on his former ally.

The uprising against Syrian President Bashar Assad’s rule is nearing the end of its eighth month and around 3,500 Syrians have been killed in the Syrian regime’s crackdown against the pro-democracy activists.

Jumblatt slammed visits by heads of some Lebanese security bodies to Syria, which have been widely reported.

“It is not allowed for the army or any other body [representatives] to go unilaterally to Damascus without informing Lebanese political authorities,” he said.