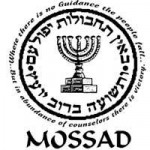 The websites of Israel’s army and intelligence services were down on Sunday, two days after a hacker group appeared to threaten the Jewish state over its interception a Gaza-bound flotilla.

The websites of the Israel Defence Forces, Shin Bet domestic intelligence agency and the Mossad spy agency were all down.

The website outages came two days after a video apparently from “hacktivist” group Anonymous was posted on YouTube, threatening the Israeli government with retaliation over its interception of two Gaza-bound ships.

The boats, carrying 27 activists, crew and journalists, were intercepted in international waters before they could breach Israel’s blockade on the Palestinian territory.

The flotilla was the second time activists have tried to run the blockade since May 2010, when Israeli commandos raided a Turkish-led group of ships, killing nine Turkish activists and sparking a diplomatic crisis with Ankara.

The video, entitled “An open letter from Anonymous to the Government of Israel,” accuses the Jewish state of “piracy on the high seas.”

“If you continue blocking humanitarian vessels to Gaza or repeat the dreadful actions of May 31st 2010 against any Gaza Freedom Flotillas then you will leave us no choice but to strike back,” the video warns.

And it was not clear whether the group was directly responsible for the website malfunctions, with Israeli officials declining comment on the issue.

Anonymous has been involved in scores of hacking exploits including the defacing of a website of Syria’s defence ministry to protest a bloody crackdown on anti-government protesters.

Last year, the shadowy group launched retaliatory attacks on companies perceived to be enemies of the anti-secrecy website WikiLeaks.

Hackers from around the world attacked Palestinian servers, cutting Internet service across the West Bank and Gaza on Tuesday, a day after the Palestinians won full membership of UNESCO, over US and Israeli objections.