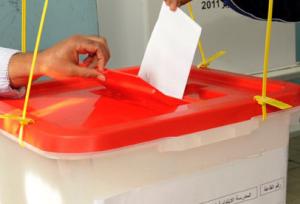 This nation that inspired revolution across the Arab world is facing another bellwether moment that may again foreshadow what happens throughout the Mideast in the intensifying battle between secularists and Islamists over the role of religion in shaping public life.

Tunisians will vote Sunday for a constituent assembly that will set the course for a new government and write the nation’s laws. Islamists, suppressed for decades by autocratic rule, are poised to win big, a prospect that has liberals and secularists worried about the future of civil liberties.

The outcome will be the latest evolution in a tumultuous year of Arab rebellion that last week saw Libyan leader Moammar Kadafi killed and his half-naked body laid out in a souk’s cold-storage locker, a gruesome show of contempt that would have been unthinkable just a few months ago.

But it has been a year of the unfathomable: Here in Tunisia, the suicide late last year of a desperate fruit seller launched an uprising that in January brought down President Zine el Abidine Ben Ali. With quickening speed, revolt spread to Egypt, where President Hosni Mubarak was overthrown weeks later. Today, as the words “Arab Spring” have become the catchy lexicon of rebellion, the entrenched leaders of Yemen and Syria face gathering forces arrayed against them.

The pressing concerns facing Tunisia mirror those of other countries trying to advance beyond the grip of tyrants. Voters here say they do not want the vital issues of joblessness, economic problems and widening youth disenchantment to be eclipsed by an Islamic agenda.

But ambitions of Islamists have been simmering for years in a region where police states arrested their leaders and muffled the voices of fiery clerics. Freedoms brought by the Arab Spring are reigniting debates between Islamists and secularists, but also between ultraconservative and moderate Muslims over how deeply religion should permeate society.

Egyptians are preparing for parliamentary elections next month in which conservative Islamists are also attempting to outmaneuver secularist parties. Heavily armed fundamentalist Islamists linked to powerful tribes in Yemen are fighting government security forces in the streets. In Libya, moderate and radical Islamists are emerging from the shadows of Kadafi’s long reign.

In Tunisia, where results of Sunday’s vote are expected in a few days, the moderate Islamist party Nahda, or Renaissance, is poised to win about 35% of the constituent assembly, which will draft a new constitution and pave the way for presidential elections. Banned under Ben Ali’s regime, Nahda’s leadership, including founder Rachid Ghannouchi, who lived for years in exile, has promised commitments to pluralism and human rights.

It’s a vision that would fashion Tunisia into a contemporary Islamist democracy guaranteeing civil freedoms and equality. That’s an attractive notion for many voters who lived under a secular dictatorship that for years seemed intent on erasing the nation’s religious fabric to transform Tunisia, one of the Arab world’s best educated and most cosmopolitan societies, into the France of North Africa.

The problem for Nahda, and the Muslim Brotherhood in Egypt, is finding a strategy that satisfies moderate and conservative Muslims while drawing in a younger generation driven more by technology and progressive ideas than the idiosyncrasies of Sharia law.

The other question is: Will Tunisia’s Islamists be more influenced by the less tolerant Islam imported from the wealthy Persian Gulf or the more pliable merger of religion and politics that has defined Turkey under Prime Minister Recep Tayyip Erdogan? Many Tunisians believe Nahda leans closer to the Turkish model.

“They bring us back to religion — we are Muslims, after all,” said a 22-year-old student at Kasserine University who identified herself only as Sonya when asked why she will vote for Nahda. “I want an Islamic and civil state at the same time.”

But no matter how much Nahda leaders talk about social equality, there is deep suspicion of Islamist intentions in a nation that prides itself as the most pro-women’s-rights country in the Arab world. Tunisia is the only Arab state to prohibit polygamy and forced unilateral divorce.

Many fear that despite the harmony in the Islamist rhetoric, rights would be endangered and a theocracy would rise if Nahda and its allies dominate the constituent assembly.

“The Islamists talk out of both sides of their mouth,” said Aida Khemiri, another university student, also 22. “It makes me scared. … Under Nahda, everything would become taboo in the end.”

The fault lines between religion and secularism in Tunisian society erupted this month when Nessma TV broadcast the animated feature film “Persepolis,” which includes a scene in which God is depicted, forbidden under Islamic law.

Conservative Muslims, including those known as Salafis, called the film blasphemous and protested in front of the TV station. Many of them chanted, “The people want an Islamic state,” as police fired tear gas, and some protesters tried to break into the interim prime minister’s office. Nahda condemned the violence but suggested the film provoked the protesters.

“Before talking about Salafists, one must talk about what caused the Salafists to take that course of action,” said Mohsen Bouthouri, the secretary-general of Nahda in Kasserine, a rural town in central Tunisia. “It was a film that touched everything that is sacred for Tunisians.”

Liberals, including members of the Progressive Democratic Party, one of the most popular secularist organizations, quickly took to the streets in their own demonstration. They marched down a boulevard in Tunis shouting, “The people want a secular state,” and carrying signs saying, “No to censorship — yes to freedom of expression.”

Khemiri is concerned that the focus on religion in an election that includes more than 100 political parties obscures the country’s more ominous problems. Similar scenarios exist in Egypt, where a broken economy and a plummeting tourism industry often seem outweighed by the intensity of debates over religion and politics.

“We would like to put the economy, social problems and unemployment at the head of the list,” she said. “But then we were obligated to take on this religious debate because we started to feel threats.”

As it did when it sparked revolutions across the region, Tunisia may again tip off what’s to come across the Middle East and North Africa. Bouthouri believes his party’s moderate brand of political Islam and its grass-roots power will symbolize what has become the region’s most transformative moment in decades.

“We of course are convinced that Nahda has a majority,” he said. “We have a very strong election campaign — it goes from door to door, to big meetings, or being in touch with people in the souks, everywhere in the country.”

By Jeffrey Fleishman and Alexandra Sandels,