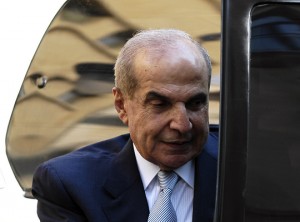 MP Naameh Tohmeh stressed the importance of standing by Saudi Arabia “in confronting terrorism” under all its forms, and added that Saudi Arabia is “an example of moderation and its policy has always supported Arab rights.”

Tohmeh, who is a member of the National Struggle Front parliamentary bloc , which is headed by MP Walid Jumblatt added:

“It is important that Lebanese political parties maintain a high level of awareness… in not harming Lebanon’s relation with Saudi Arabia,” according to National News Agency.

He also said that it is important that Saudi-Lebanese relations are not affected by the alleged attempt to kill the Saudi envoy in the US since there are “regional considerations that play a role in the Lebanese arena.”

President Barack Obama weighed in on the alleged plot, saying the development is “not just a dangerous escalation, this is part of a pattern of dangerous and reckless behavior by the Iranian government.