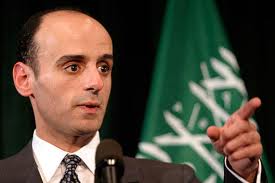 “We are ready to patiently investigate any issue, even if it is fabricated,” Salehi told the state-run Islamic Republic News Agency. “We also asked America to give us the information related to this scenario.”

Salehi and other Iranian officials nevertheless continued to maintain that Iran had nothing to do with the alleged plot, which has seriously increased tensions with the United States and its regional ally, Saudi Arabia. The request for documents seemed aimed at punching holes in the U.S. allegations, which Iranian officials have dismissed as a “bad Hollywood script.”

In a television interview Monday, President Mahmoud Ahmadinejad said he loved the American people and did not understand why some wanted war with Iran.

“I think there are some people in the U.S. administration that want this to happen, but there are also wise people who know that it wouldn’t be in the U.S. interest,” Ahmadinejad told the al-Jazeera satellite network.

He denied any Iranian involvement in a “terror plot,” charging that the Obama administration made the allegations to divert attention from U.S. economic problems.

“Why has the U.S. administration leveled this accusation?” Ahmadinejad asked. “If they are under the impression that by doing this they can create a conflict between Iran and Saudi Arabia, they are sorely mistaken. The truth will be revealed in the end.”

Saudi Arabia’s U.N. Ambassador Abdallah Y. Al-Mouallimi asked that the allegations be brought to the U.N. Security Council, although he didn’t specify what action his government wants. In a letter to the U.N. obtained by the Associated Press, he called the alleged plot a “heinous crime” and “gross violation” of international treaties.

Iranian officials also demanded consular access to the main suspect in the case, Mansour Arbabsiar, 56, a used-car dealer and dual U.S.-Iranian national who is awaiting a court hearing in New York.

In an indication of increasing diplomatic pressure on Iran, the country’s supreme leader, Ayatollah Ali Khamenei, issued the latest in a series of defiant statements Monday.

“We will not retreat even one step,” he said in a speech in the western city of Paveh, according to his official Web site. “As in the past, we will also not pay any extortion money in the future.” The commanders of the Quds Force, the elite Revolutionary Guard Corps unit accused of instigating the plot, report directly to Khamenei.

The United States has said it wants to increase pressure on Iran and has started lobbying its global allies to intensify already tough sanctions against the Islamic Republic. It is unclear whether other measures also are being prepared, or whether the United States and Saudi Arabia have handed a set of demands to Iran.